On Monday, March 21, 2022, in an address to the Business Roundtable’s CEO Quarterly Meeting, President Biden made these comments, “Things are shifting. We’re going to - there’s going to be a “New World Order” out there, and we’ve got to unite the rest of the free world in doing it.”

It’s dangerous to try and speculate as to what he meant, but in retrospect, the comments were made against the backdrop of the Invasion of Ukraine by Vladimir Putin.

Was Biden boasting to his corporate supporters like GM, Apple, and Amazon and passing on some little glimpse of what he believes is about to come with Russia and maybe China?

Or was Biden sending a signal to NATO that when the initial Russian invasion is over, he believes Ukraine will fall quickly and new alliances will develop? Some nations will find themselves pitted against former NATO partners and committed to the Russians because of their vast energy resources? Probably both

When the invasion began, NATO was not united, and most thought Ukraine would fall quickly. The US was in this camp.

We had been marginalized, by many in NATO, because we exerted so much pressure on Central and Northern European countries to abandon their nuclear energy production, in favor of green energy that it has created hardships for most of Europe. The EU was not prepared to shift energy sources. So, Russia stepped in to help. For Russia, it was all about revenues. For the EU, it was demand.

Look at this from Eurostat. At the end of 2020, the EU imported 47% of its solid fuel, 27% of its crude oil, and 41% of its natural gas from Russia. The dependence on Russian energy was overpowering the 73-year-old alliances of NATO, and the US was capable but not willing to help.

Now, the invasion is one month old, and something happened that no one expected. Ukrainian President Zelensky rallied his citizens to fight, and most of the world thought they would fold like a cheap knife. But, Zelensky kept the “New World Order” at bay, and Biden’s assumptions were once again misguided and wrong.

The Latest Update On Fuel Prices

Fuel prices wavered over the last couple of weeks, mostly on the news out of Ukraine. Refiners are in the process of positioning the summer blends of gasoline across the US in preparation for the Summer Drive Season. Beginning on the First of May each year, gasoline retailers in 17 states are required to shift to the more expensive gasoline blends that meet the requirements from the EPA for summer fuel emissions.

We are noticing that, right now, each price cycle we establish goes a little bit higher, and the lows are not as low as they were because the supply committed by the US is not enough to keep up with expanding post-Covid demand. 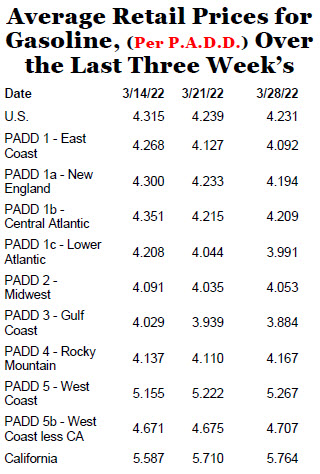 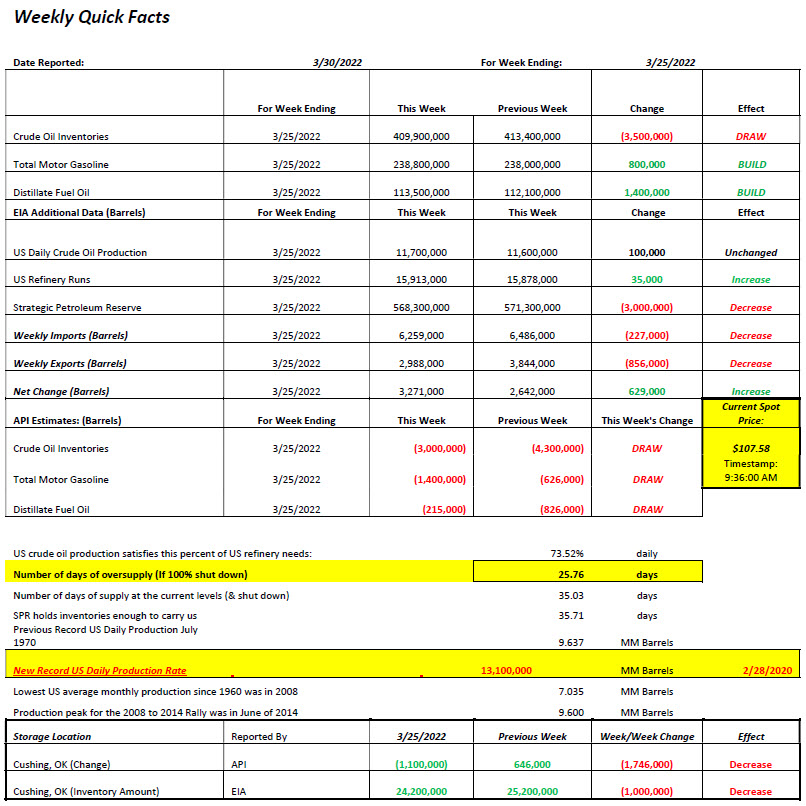 2 thoughts on “The World Is Not Ready To Go Green”