Key reports released last week in both the United States and the Eurozone revealed what global citizens have been acutely aware of. Inflation continues to spiral higher and at a staggering level.

This prompted Credit Suisse to issue a dire global economic outlook, saying that the “worst is yet to come”. 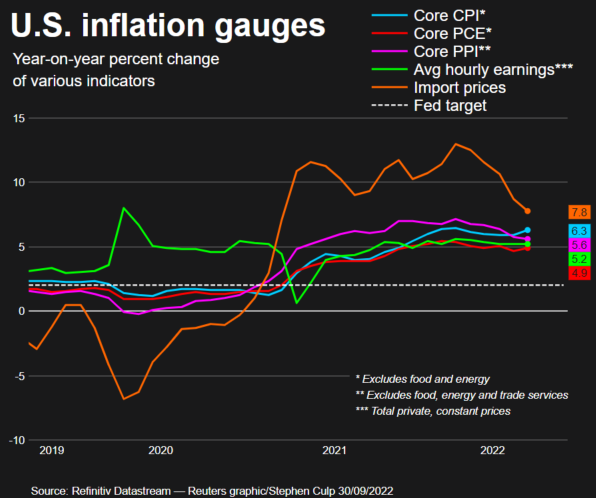 The Commerce Department released the latest inflation numbers vis-à-vis the PCE that revealed that the Core PCE jumped 0.6% in August. It shows that inflation is still intense and increasing.

The preferred gauge used by the Federal Reserve, the PCE (Personal Consumption Expenditures Price Index) revealed that inflation accelerated even more than expected in August. On a year-over-year basis, the core PCE which omits food and energy costs increased 4.9%, above projections of 4.7%. 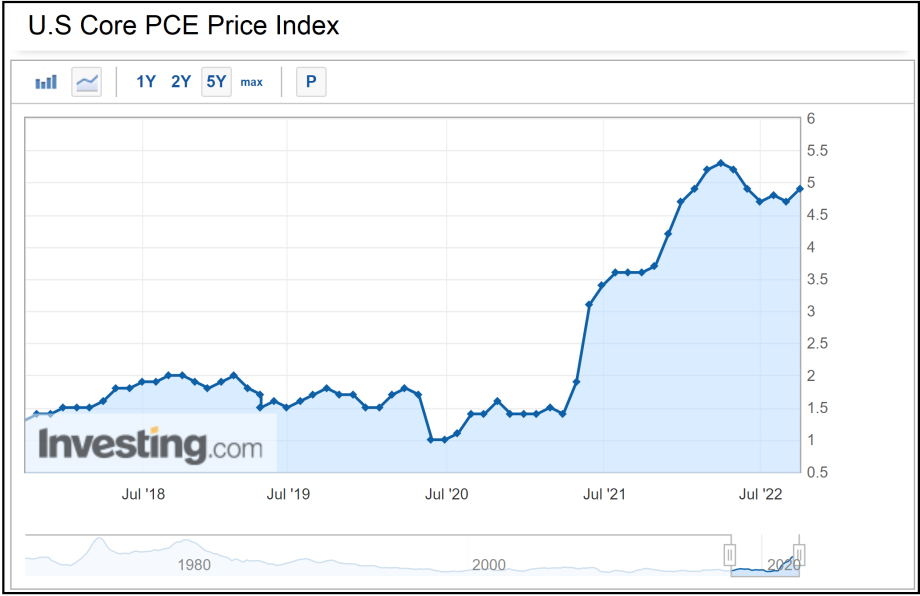 It was reported by Dow Jones newswires that inflation in the eurozone hit a new record high of 10% in September. 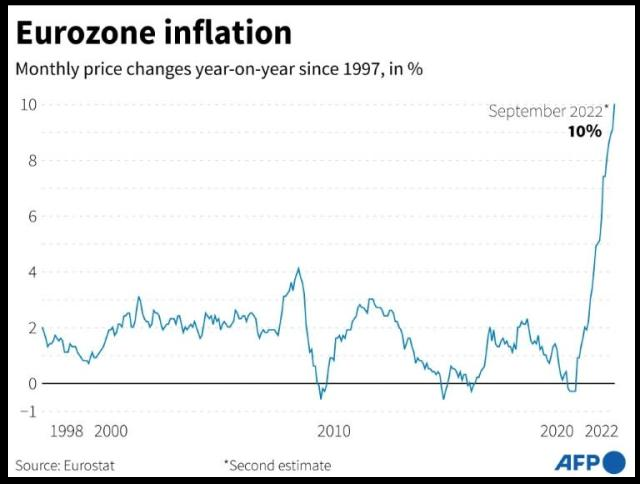 Dow Jones reported, “The consumer price index–a measure of what consumers pay for goods and services–increased 10.0% in September compared with the same month a year earlier after climbing 9.1% in August, according to preliminary data from Eurostat, the European Union’s statistics agency.”

The CPI for the Eurozone differs from the United States in that it was higher energy prices up 40.8% year-on-year in September after a 38.6% increase in August. The latest numbers for the CPI in the United States showed a slight downtick in August from 8.5% to 8.3%.

After five consecutive interest rate hikes including three consecutive 75 basis point rate hikes at the last three FOMC meetings, the Federal Reserve has raised interest from 0 to ¼% in March 2022 to its current range of 3% to 3 ¼% since March.

However, Friday’s report suggests that the Fed's extremely aggressive rate hikes have yet to lower inflation.

Vice-chair Lael Brainard spoke at a research conference organized by the Board of Governors of the Federal Reserve System and the Federal Reserve Bank of New York, saying, “Inflation is very high in the United States and abroad, and the risk of additional inflationary shocks cannot be ruled out.

She later added that policymakers were “committed to avoiding pulling back prematurely saying that, “Monetary policy will need to be restrictive for some time to have confidence that inflation is moving back to target,” 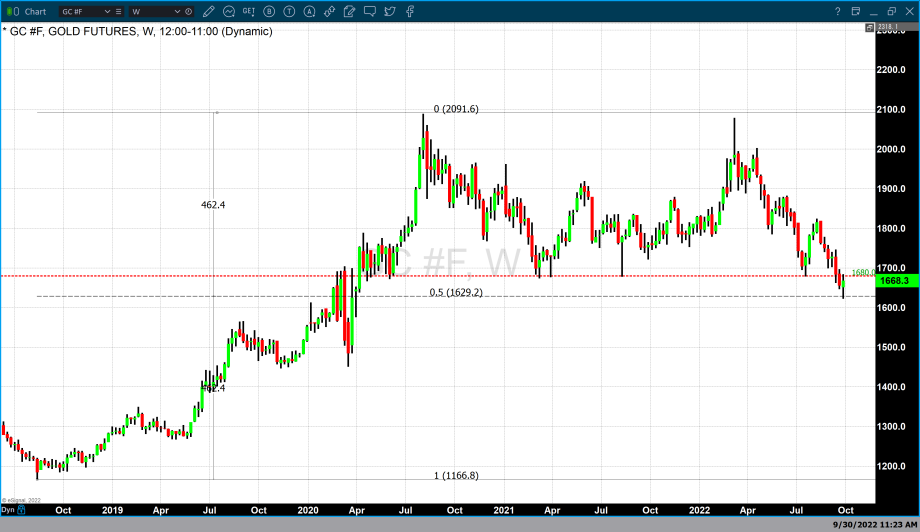 Until December gold can effectively close above $1680 per ounce there is still an extreme danger that gold could drift lower if severe dollar strength as witnessed recently continues. 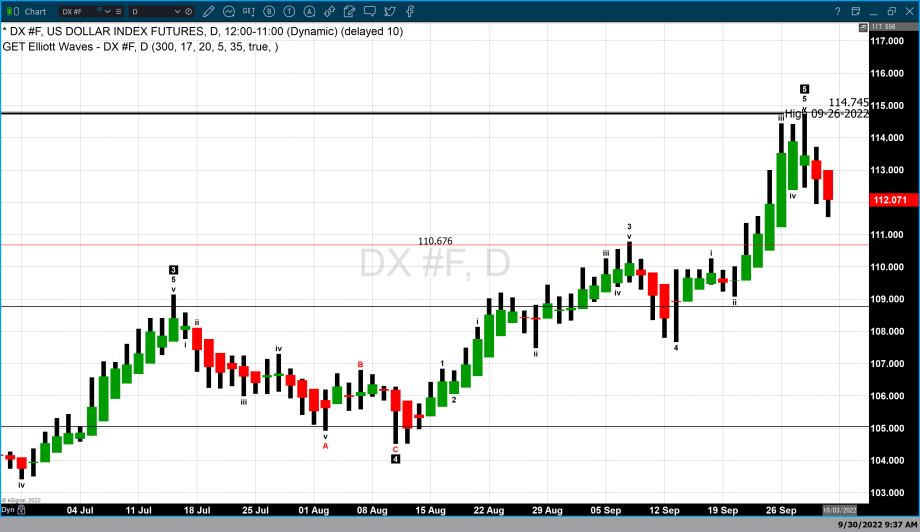 Chart 4 is a daily chart of the dollar index in Heikin-Ashi format. It differs from a standard candlestick chart in that the open is fixed from the prior candle’s midpoint. It clearly illustrates a potential pivot looking at the third candle from the right which is green and has an extremely small real body and long upper and lower wicks. This is followed by the two green candles. 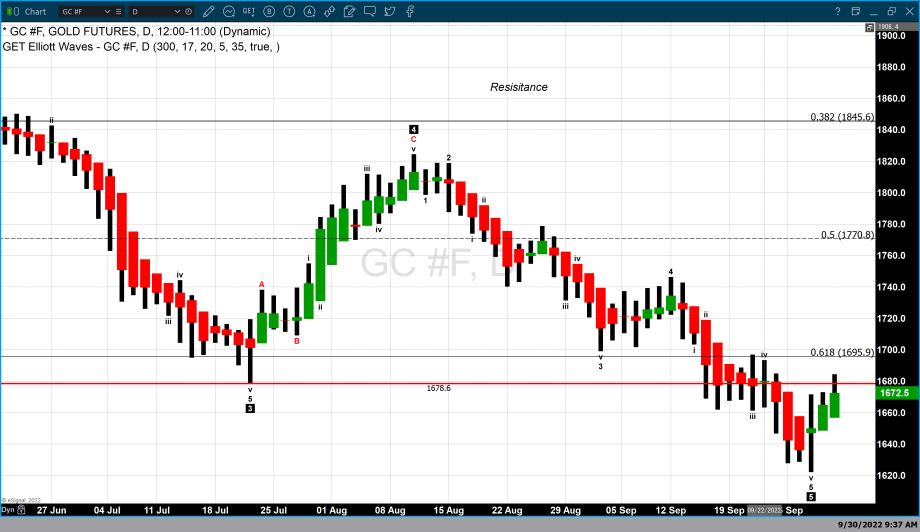 Chart 5 is also a daily Japanese chart in Heikin-Ashi format. It shows the opposite pivot with a series of red candles up until three days ago when the candle color changed from red to green with a small green real body with long upper and lower wicks.