The market opened sharply lower today as turmoil around President Trump has increased. Reports of a leaked memo by former FBI chief James Comey spooked traders and is raising questions about whether President Trump tried to interfere with a federal investigation which is only adding fire to news that Trump disclosed classified information to Russia's foreign minister about a planned Islamic State operation. Interesting times indeed! 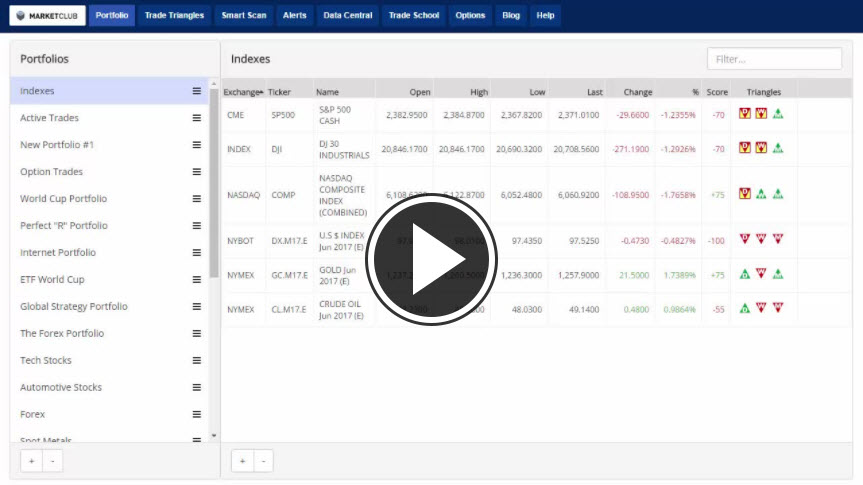 Both The S&P 500 and the DOW have issued new red weekly Trade Triangles signaling a move to the sidelines while the NASDAQ remains in a long position.

Hello MarketClub members everywhere. Oil has hit its highest price in more than three weeks after it's 5th straight day of gains. Of course, this move is due to Saudi Arabia and Russia indicating that the OPEC-led supply cuts need to last into 2018. 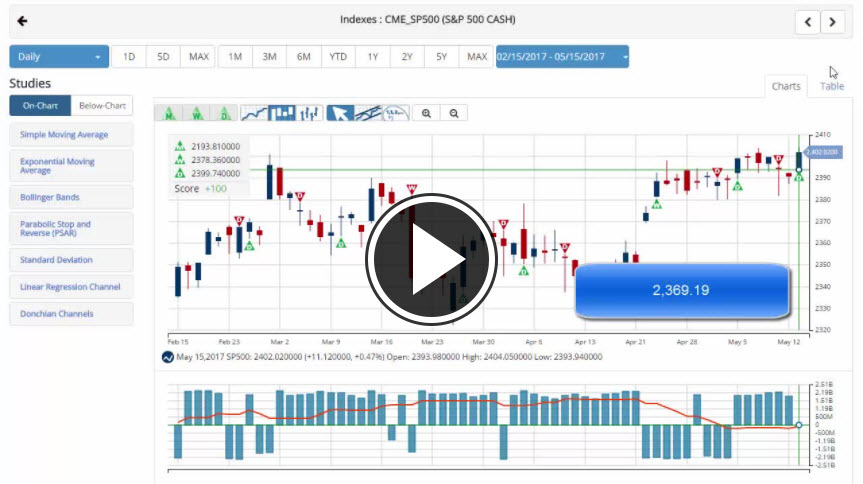 The Nasdaq and the S&P 500 touched record highs earlier today as a rise in oil prices boosted energy stocks, and investors shrugged off the impact of a global cyber attack.

Hello MarketClub members everywhere. After five days of gains, the dollar is dropping from subdued retail sales data and inflation in the world's largest economy. Gold has risen for a second straight day, while crude oil has slipped back below $48 a barrel. 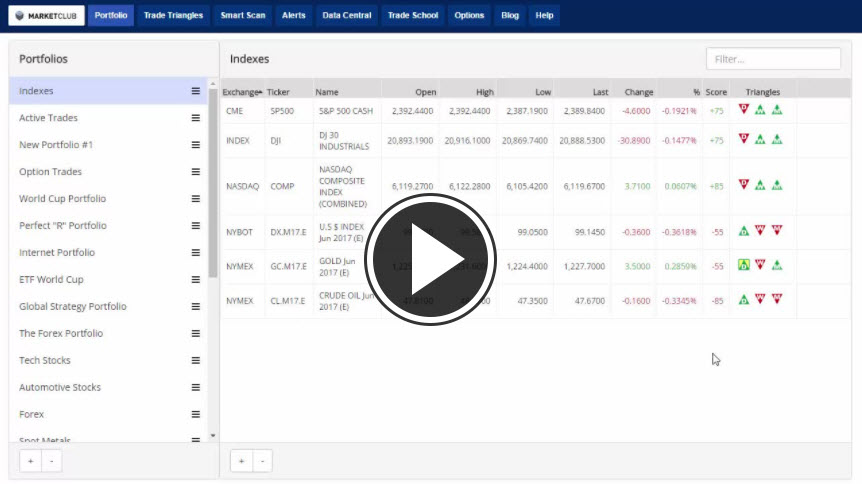 Several retailers, including Macy's, Nordstrom, Kohl's and J.C. Penny, have seen their stocks tank this week after reporting weaker-than-expected quarterly results, putting the retail sector under pressure. You have to wonder how brick and mortar retailers can survive in an ever-expanding online world. What do you think?

The VIX, Wall Street's "fear gauge," hit its lowest level in more than a decade earlier in the day. A lower VIX typically indicates a bullish outlook for stocks. 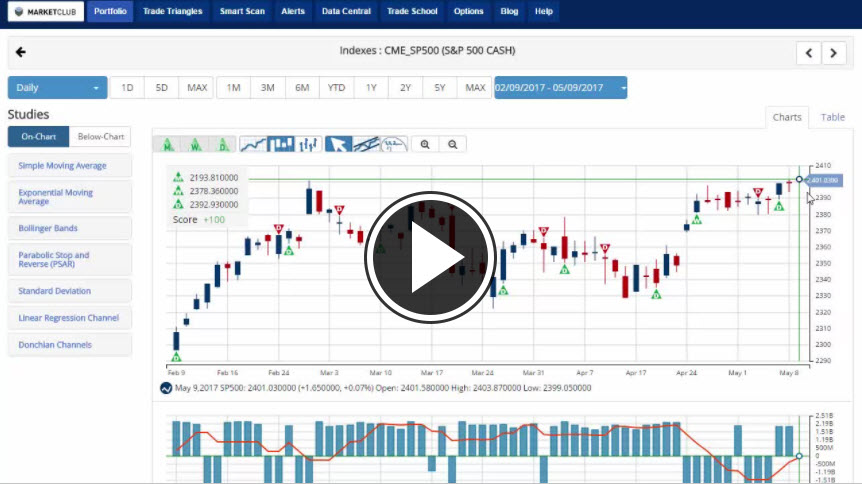 Oil prices headed lower today over concerns about slowing demand and the rise in U.S. crude output which has shaken traders faith in the ability of OPEC to rebalance the market.

Hello MarketClub members everywhere. U.S. job growth rebounded sharply in April and the unemployment rate dropped to 4.4%, that’s near a 10-year low, pointing to a tightening labor market that could seal the case for an interest rate increase next month despite moderate wage growth. 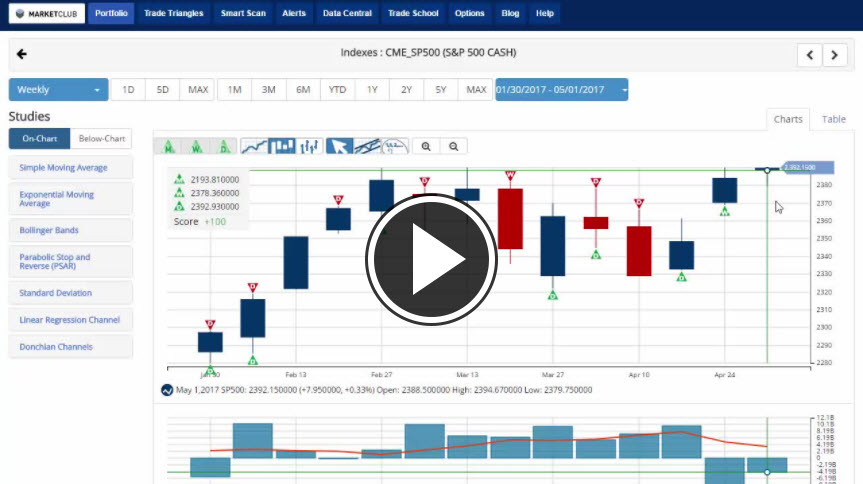 Crude Oil has stabilized after dropping to nine-month low 43.76 in the early morning hours. This decline in prices is primarily driven by an ever-expanding U.S. output and on concerns that global inventories haven’t fallen as much as investors had hoped after OPEC cut production.