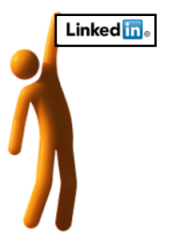 At $90 per share, LinkedIn would be valued at $8.5 billion...one of the largest tech IPOs since Google (GOOG) in 2004. If you were to factor those numbers in for your calculations, LinkedIn is trading at nearly 570 times last year's earnings! This adds some controversy over the worthiness of its current price tag considering that LinkedIn valued itself at a mere $2.32 a share in the spring of 2009.

Which brings us to the question: