Indeed, we are living in an exciting time of dramatic changes in our world. Nowadays, when you talk about the channel, it can be YouTube, not MTV. When you need a ride, it can be Uber, not a taxi. When you are going to shop it can be on Amazon or Alibaba, not at Wal-Mart and we can count on further changes in the future.

Cryptocurrency, digital currency, virtual currency are all the names of Bitcoin (BTC), the digital asset as described in Wikipedia. It doesn't matter what you call it as long at it performs well. Let's look at how it has been behaving for the last year on the chart below. 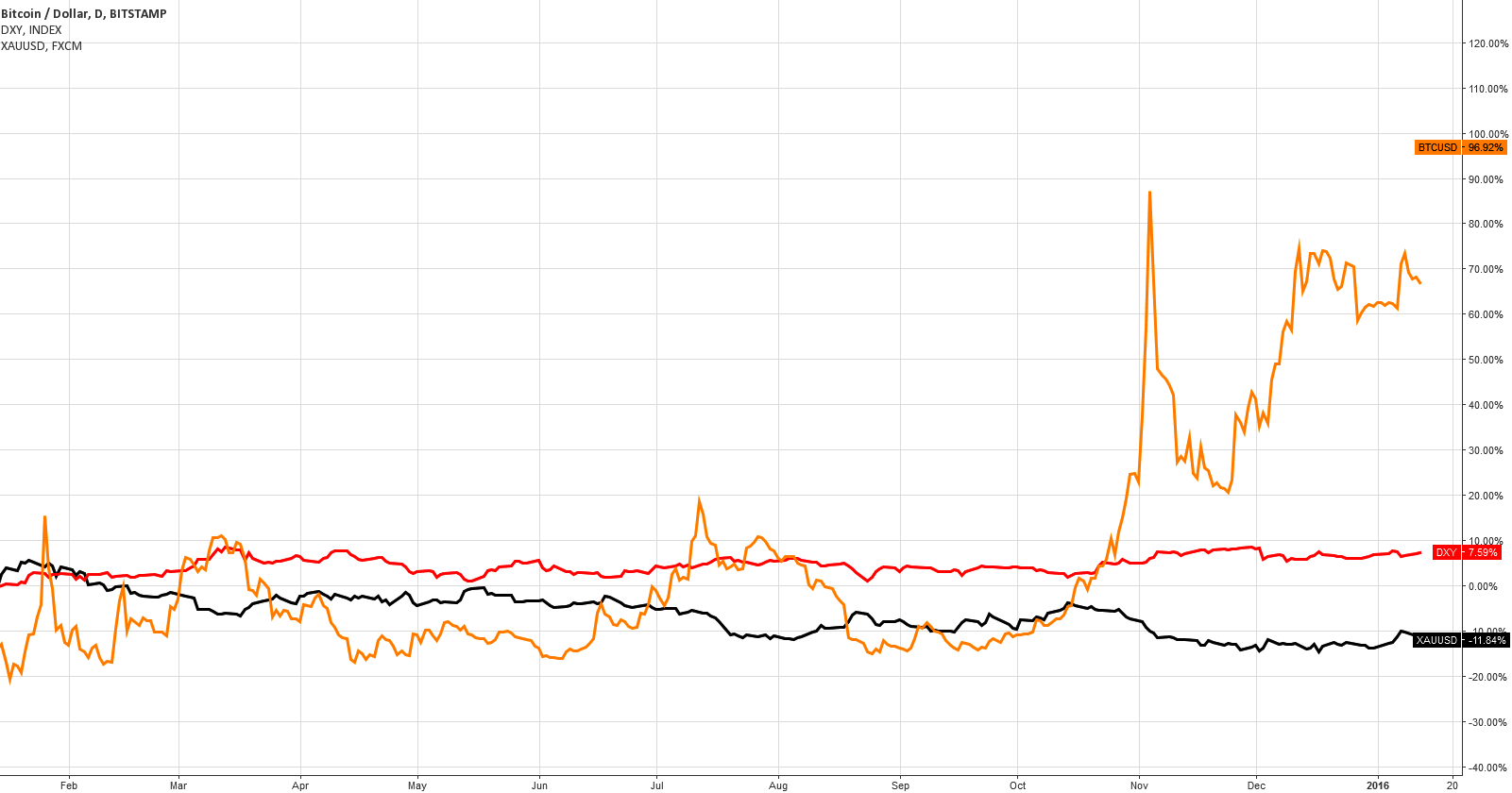 Firstly, you can easily see that Bitcoin is a very volatile asset as it has hit both margins at +20 and -20% in just one year. The digital currency had been in extremely high demand at the end of October when the best-performing assets stood flat and metals crashed heavily along with crude oil amid worsening investor sentiment.

Conservative traders were happy to stay in cash with the Dollar's 8% gain compared to Gold, which has lost almost 12%, but look at Bitcoin's result – it made an unbelievable 97%. It literally doubled it's value!

The US dollar is still the King in the world of fiat money. However, look around, the world itself is changing at a high speed, it typically takes new technology 10 years before it gets a high level of implementation and yet Bitcoin has made great strides in the last 2 years. It has grown from nothing – as it had no value in 2009, to a high of $1250 for 1 BTC in 2013. Currently, it is being traded at the $450 level.

To see a full picture, let's look at the graph below: 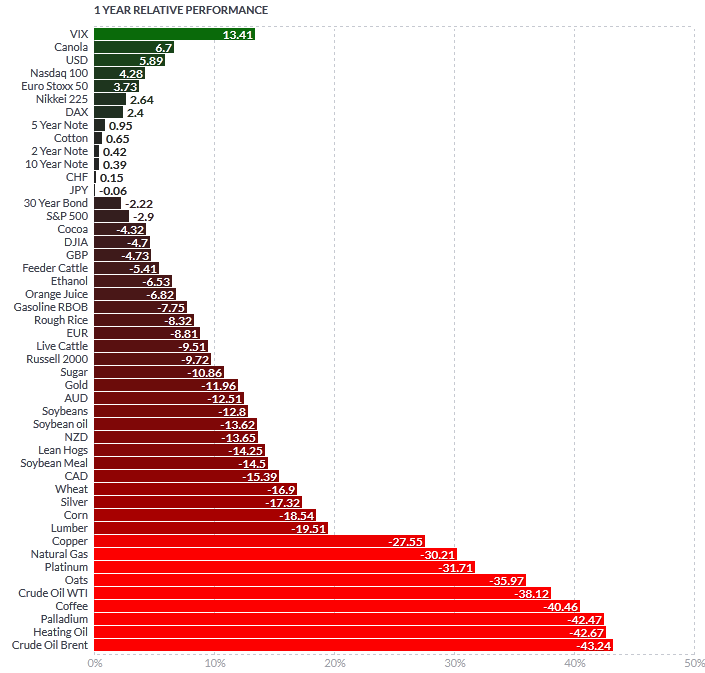 As we can see on this "all-stars" graph above, Brent oil was the best among conventional instruments for the past year, of course, we should have shorted it to get 43% of the profit. Among long positions, the best is the VIX future with a laughable +13%. However, none of them were equal to Bitcoin last year.

It is amazing that in Bitcoin's pre-history there was a suggestion to name the first digital currency "bit gold", another interesting coincidence is the same name for both the process of Gold extraction and the process of Bitcoins creation – mining. Maybe it is not a simple coincidence, but the sign of destiny. Time will tell for sure.

Last October, when both assets diverged heavily, the ratio broke below the blue rising support and continued its downside move. The Gold/Bitcoin ratio hit the bottom of a red downtrend at 2.3 BTC per ounce last month and bounced slightly back. We can consider this a "dead cat bounce" as it will not break through the 3.5 BTC per ounce level.

Overall, the trend will remain bearish below the 5 BTC per ounce level, with the current Bitcoin price at $420 Gold should rocket above the $2100 level to invalidate the downtrend. Let us wait and see!

13 thoughts on “This Coin Beats All!”