Hello MarketClub members everywhere. According to St. Louis Fed Pres. Bullard (voter) December seems to be a "reasonable time" to raise interest rates. My guess is that the Fed will do zero and hope to hold off raising interest rates until 2017. The reason I say that is that it would more than likely hurt the Christmas shopping season and that is something the Fed is loath to do. 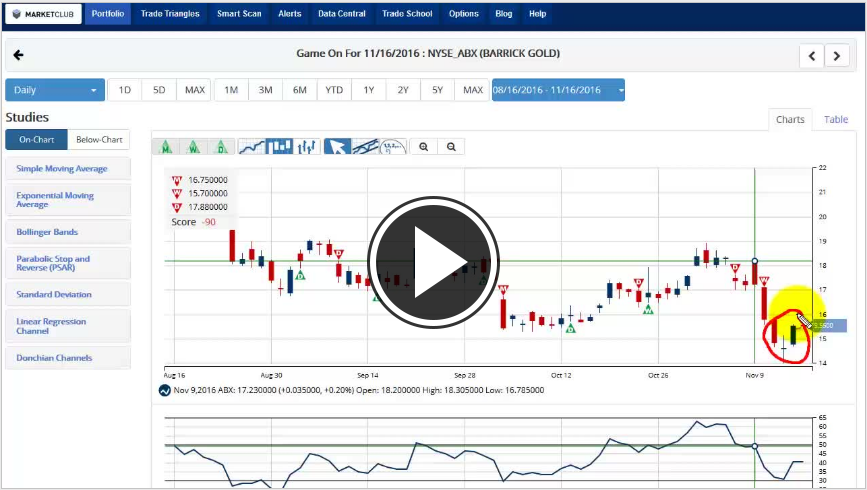 Now let me say this, I'm not a fan of the Fed and I think they've handled things very poorly and have done nothing to spur or help the economy. I do however believe that when interest begin to move higher, it will be an incentive for people to go out and begin buying things and looking at real estate again before rates get out of their price range. In other words, I think it will have the opposite effect of not dulling the economy, but spurring the economy to greater productivity.

After a seven-day rally has the stock market run out of gas? Well, I think we can all agree that nothing goes up forever and nothing goes down forever and frequently when you have a run of seven days or more the chances are you going to see a reversal albeit a temporary reversal in that trend.

In today's video will be looking at all three of the major indices and where they are now along with gold and crude oil.