OPEC reported that production rose by 173,000 b/d in July to average 32.869 million barrels per day (mmbd). OPEC’s 32.5 mmbd ceiling included Indonesia but did not in Equatorial Guinea, and so the adjusted July figure was 33.449. This implies that OPEC produced 949,000 b/d above its ceiling, a large failure, especially considering that it had been claiming to be 100% (or more) compliant with its quotas.

The biggest gain in July came from Libya, 154,000 b/d. That country’s production topped one mmbd for the first time in years. Production in Saudi Arabia rose by 32,000 b/d to 10.067 mmbd, which is above its production ceiling, according to secondary sources.

At the May OPEC meeting, Saudi Arabia's Minister of Energy, Industry and Mineral Resources, Khalid A. Al-Falih, remarked, "The market is now well on its way toward rebalancing." After the meeting, Mr. Al-Falih said in a press conference that the current production quotas will "do the trick" of rebalancing stocks to normal levels within six months. 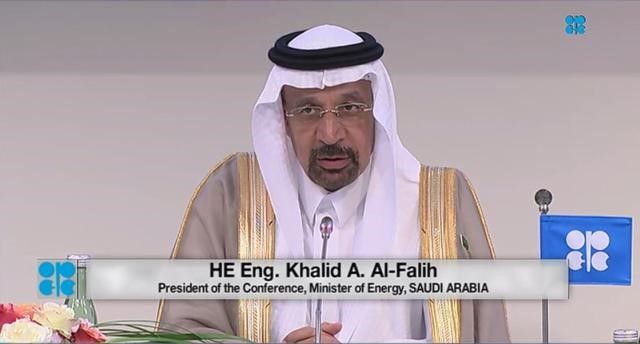 The OPEC deals are expected to extend through March 2018. If they end then, a large “slug” of oil may be hitting the market. But for the sake of argument, I assumed that OPEC’s July 2017 production extended through 2018. 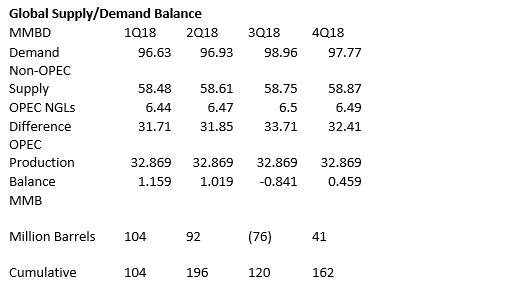 Using OPEC’s own estimates for global demand and non-OPEC production, OECD oil inventories would rise by 162 million barrels in 2018. In other words, instead of an improving outlook, the glut would increase considerably.

Because world storage capacity has limits, I would expect the market to solve this problem by pushing oil prices enough below marginal production costs, for a long enough period, to dis-incentivize oil production. This implies a price range of about $35-$40 per barrel for an extended period of time, six-to-nine months, or more if the OPEC/non-OPEC production slug comes to market in the second quarter of 2018.