Facebook Inc. (FB) is making a bold move that stands to have vast implications across its business model and its user base via launching its cryptocurrency called Libra. Cryptocurrencies are still in a nascent stage in terms of adoption, acceptance, application, and full understanding of these virtual coins. The cryptocurrency market thus far has been speculative, volatile, and met with skepticism from users and governments alike. Despite the tumultuous albeit short history of cryptocurrencies, these alternative forms of currency have vast implications. These implications include potential disruption of central banks, destabilizing government-backed currencies, reshaping the financial transactions space (i.e., banks and credit cards) while displacing central database infrastructures via blockchain (i.e., banks, clearinghouses, credit card networks). Facebook’s Libra stands to address the unbanked (those without traditional bank accounts) segment of its user base in a major way. The President and Jerome Powell, along with many others in government have either voiced concerns or publically made clear that they’re not embracing this move by Facebook. Government officials are concerned about appropriate regulatory framework being in place considering the company’s past privacy scandals. Nonetheless, will this cryptocurrency bode well for Facebook moving forward?

Libra will be dissimilar from Bitcoin in its underpinning blockchain technology and mining. Libra will not run on a decentralized disturbed blockchain ledger, and no mining of any additional coins will occur. The blockchain is permissioned and will be managed by the Libra Association, which is a membership organization that consists of 27 payment, technology, telecommunication, online marketplace, venture capital, and non-profits. Libra is planned to be launched sometime next year 2020. Libra will allegedly be backed by financial assets such as a basket of currencies and US Treasuries to circumvent volatility. Unlike Bitcoin, which isn’t backed by anything and can highly volatile, Libra’s value should be anchored and less variable. Each member of the Libra Association will add $10 million, so the cryptocurrency has full asset backing. The supply of Libra will expand and contract based on demand; if demand is high, then the association will purchase more of the underlying assets and create new Libra. If users want to cash out of the cryptocurrency, the association will pay them and destroy the equivalent amount of Libra.

Central banks have voiced opposition, and US regulators have asked Facebook to stop the development and the launch of Libra, citing “the cryptocurrency market lacks a clear regulatory framework.” The U.S. House Committee on Financial Services Democrats asked Facebook to halt development of Libra over concerns of privacy, national security, trading, and monetary policy. Jerome Powell stated that he had “serious concerns” over Libra and how it would deal with “money laundering, consumer protection, and financial stability.” Furthermore, the French Finance Minister stated that Libra could not be allowed to become a sovereign currency and cited concerns about privacy, money laundering, and terrorism finance.

Libra has vast implications for Facebook’s business model. Libra has the ability to address billions of people that are unbanked or those adults without bank accounts. It’s estimated that there are 1.7 billion people that are in this category. The launch of Libra may attract new users to the social media network since this would make it easier and cheaper for people to transfer money online. A subsidiary, called Calibra will run a digital wallet that will be required when the cryptocurrency is launched and serves as Facebook’s membership to the association. Calibra will ensure the separation between the social elements and financial data. Facebook will not have direct control over the cryptocurrency; the members of the association will serve as the monetary authority for the currency. Other members include Mastercard, Visa, PayPal. eBay and Vodafone. 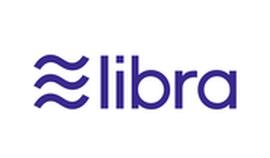 Facebook is now testing its all-time highs with a reasonable price-to-earnings multiple when compared to its tech cohort. Facebook continues to post unparalleled growth for a company of its size while its platforms are the go-to properties for advertisers and influencers. If the company continues its path forward on the remediating the privacy issues while posting best-in-class revenue growth, the stock will likely continue to elevate higher. Now with Facebook ostensibly entering into the payments space, this could unlock further growth avenues for the company years into the future.

Despite the regulatory headwinds that Libra faces, this cryptocurrency could be transformative. Facebook entering the finance/payments space may open up entirely new revenue streams and may attract new users to its platform. There are an estimated 1.7 billion adults that are unbanked or do not possess a traditional bank account that could benefit from an alternative currency such as Libra. Inroads into the payments space could unlock further growth avenues years into the future. Facebook is on the cusp of paying $5 billion fine from the FTC due to being mired in privacy scandals and subsequent public relations mismanagement. Facebook is attempting to put these issues behind the company by spending billions on initiatives to combat fake news, ensure data integrity, implementing stringent guidelines on third-party data sharing, and overall transparency within its platform. Despite these issues, Facebook has grown its revenues by over 25% for 22 consecutive quarters and currently sits at $205 per share just below its 52-week high of $219. Libra may be an essential growth piece to its overall business model moving into the future.