The Energy Information Administration released its Short-Term Energy Outlook for April, and it shows that OECD oil inventories likely peaked at 3.208 billion in July 2020. In March 2021, it estimated stocks dropped by 19 million barrels to end at 2.932 billion, 32 million barrels lower than a year ago.

The EIA forecast was made incorporates the OPEC+ decision to cut production and exports. According to OPEC’s press release April 1, 2021:

“The Meeting approved the adjustment of the production levels for May, June and July 2021, while continuing to adhere to the mechanism agreed upon in the 12th OPEC and non-OPEC Ministerial Meeting (December 2020) to hold monthly OPEC and non-OPEC Ministerial Meetings to assess market conditions and decide on production level adjustments for the following month, with every adjustment being no more than 0.5 mb/d.” 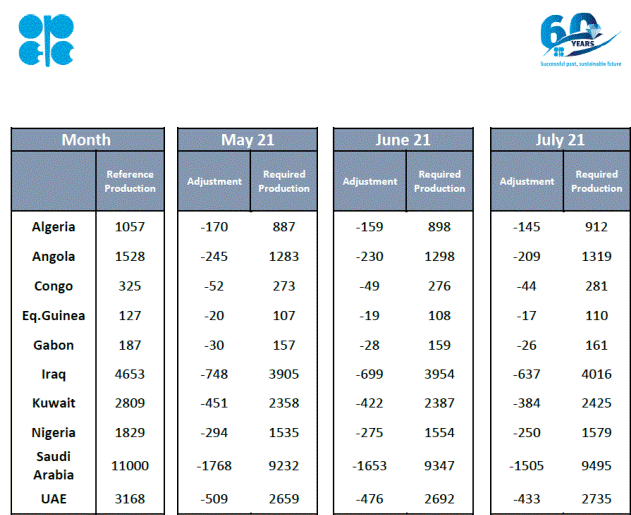 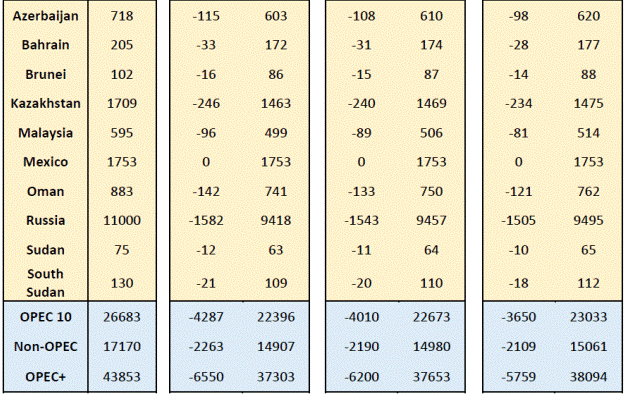 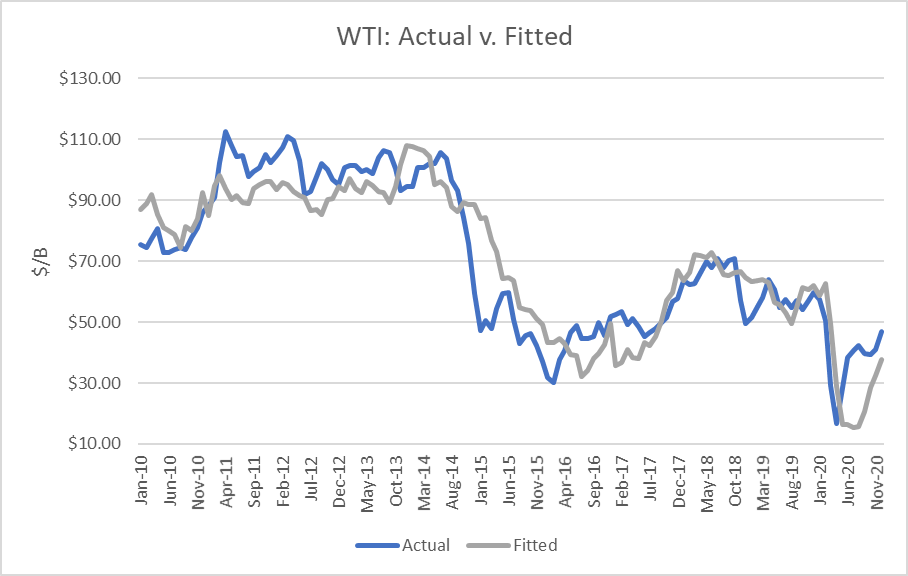 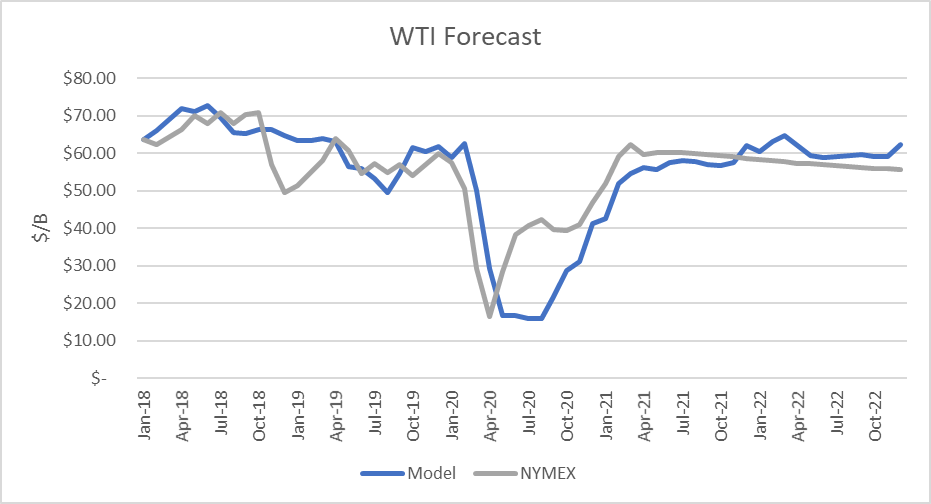 April 2020 proved that oil prices can move dramatically based on market expectations and that they can drop far below the model’s valuations, whereas prices in May through March proved that the market factors in future expectations beyond current inventory levels.

In addition to the uncertainty of how deeply and how long the coronavirus will disrupt the U.S. and world oil consumption, a newer issue is how fast the vaccine will be deployed in the U.S. and worldwide. The pace of deployment has been relatively slow in Europe, and some countries, such as France and Spain, have reinstated lockdowns due to a new wave.

In the U.S., Georgia became the third state to shut down a Johnson and Johnson site due to side effects. In Michigan, the pandemic is spreading rapidly, and the CDC has recommended more restrictions.

Another uncertainty is whether the U.S. will lift sanctions on Iran while rejoining the Iran nuclear deal. Biden has clearly stated that he wants the U.S. back in the deal. That could put around 2 million barrels a day back into the world market.

A projection of $100 also does not consider supply-side responses. It also ignores the now-likely lifting of Iranian sanctions. Twenty-seven Senate democrats have urged Biden to rejoin the deal, writing in a letter:

“We strongly support returning to the JCPOA and using a ‘compliance for compliance’ approach as a starting point to reset U.S. relations with Iran. Should Iran be willing to return to compliance with the limitations set by the JCPOA, the United States should be willing to rejoin the deal and provide the sanctions relief required under the agreement.”