This week the Federal Reserve addressed revisions to its current monetary policy in its attempt to reduce the current levels of inflation to an acceptable target. The statement released after the FOMC meeting, coupled with Chairman Powell’s press conference, resulted in extreme volatility in many financial sectors.

Market participants witnessed one of the strongest knee-jerk reactions and complete market sentiment reversal over 24 hours. The initial market sentiment was extremely short-lived as it was followed by a complete turnaround from the initial reaction the following trading day. 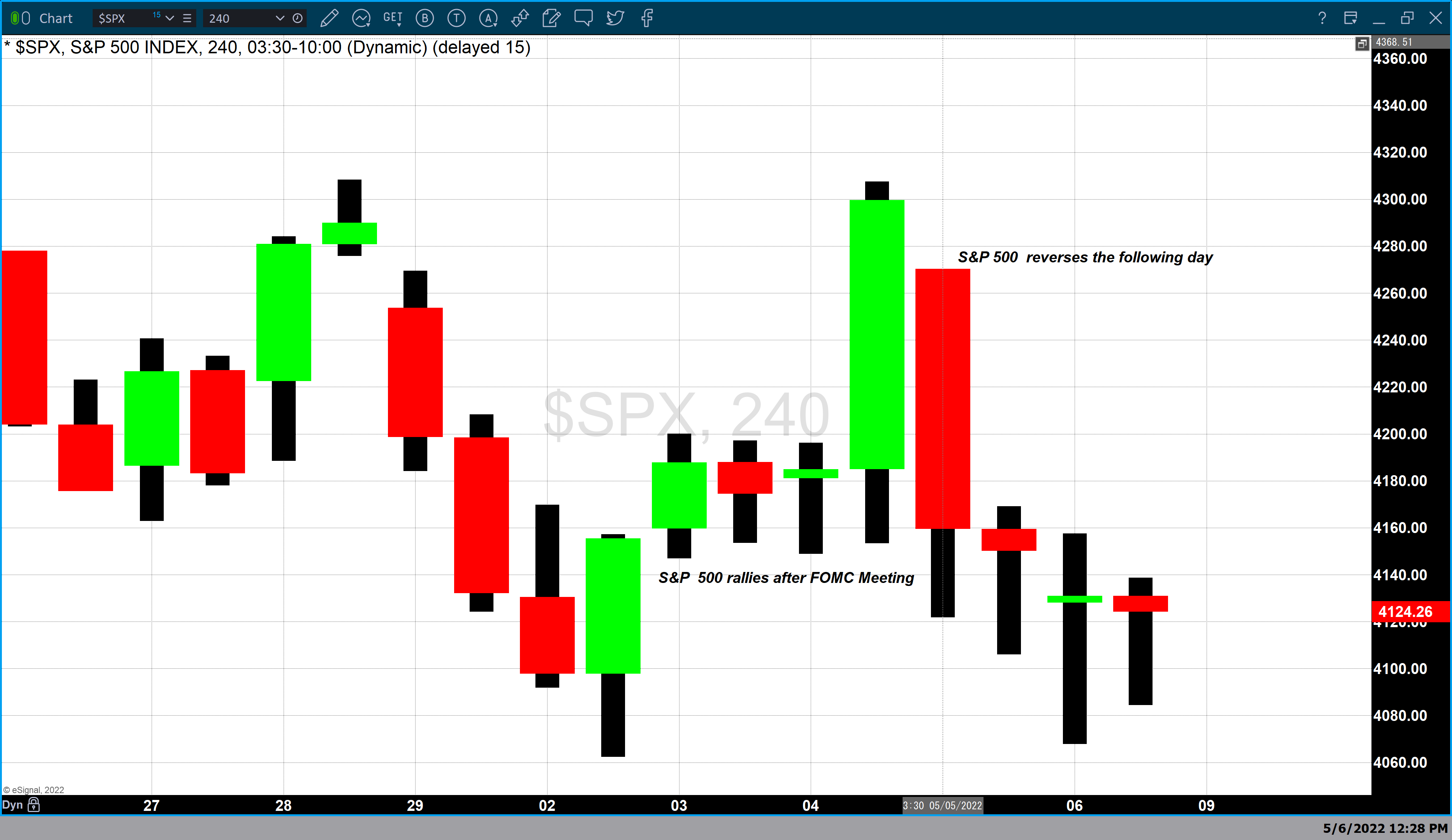 Yesterday market participants had 24 hours to digest the information presented by the Federal Reserve through the May FOMC statement and comments from Chairman Powell during the press conference. This resulted in a 180° reversal from the reaction on Wednesday. U.S. equities declined sharply, declining more than Wednesday’s gains. The S&P 500, which gained almost 3% on Wednesday, declined by 3.56% on Thursday. On Wednesday, 95% of the stocks contained in that index had daily gains. However, on Thursday, over 95% of the stocks included in the index experienced sharp declines. 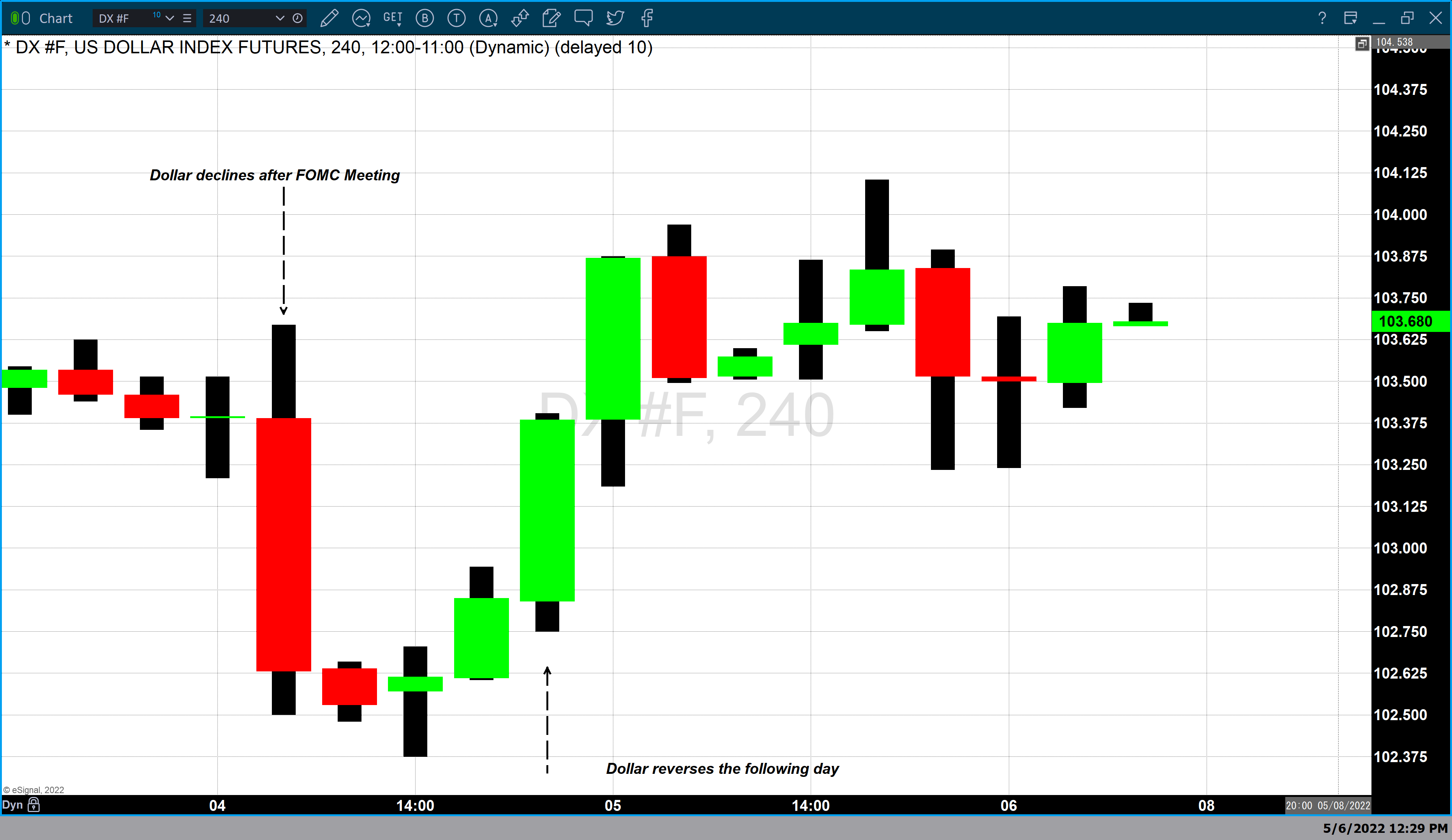 Extreme price volatility was also evident in the U.S. dollar and U.S. Treasuries and bonds. The dollar index had a significant decline of just under 1% Wednesday, followed by gains of 0.96% yesterday. On Wednesday, investors also witnessed sharp declines in U.S. Treasuries yields, followed by a complete 180° reversal yesterday. Yesterday yields on the 10-year Treasury Note advanced to 3.043%, and 30-year Treasury bonds gained 17 basis points yielding 3.176%. 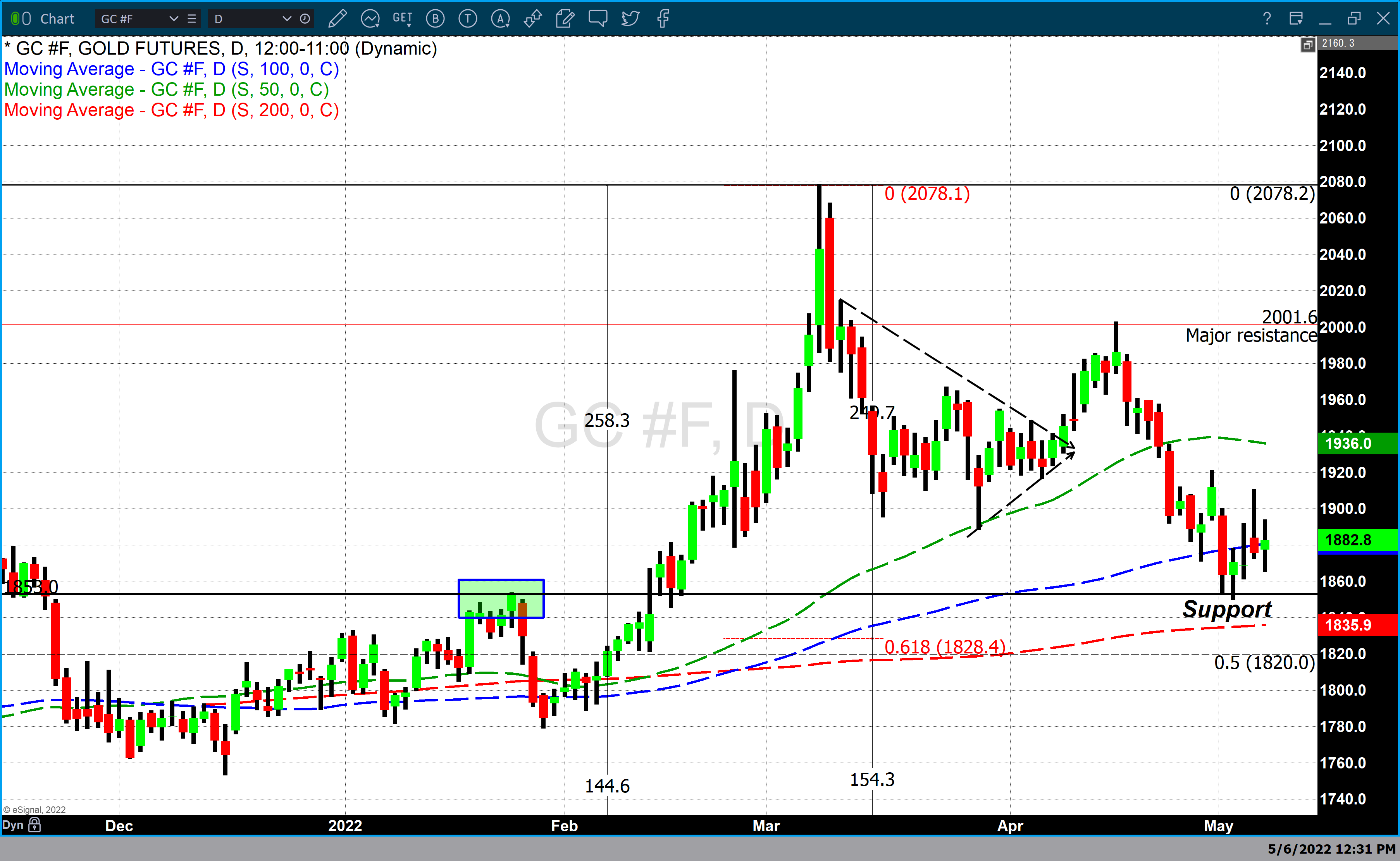 However, it was gold that seemed to have price stability resulting in three consecutive days of higher pricing. As of 6 PM EDT gold futures basis, the most active June 2021 contract is currently up to $7.10 or 0.38% and fixed at $1882.80. Unquestionably this was a week that will be remembered for quite some time, considering the major price reversals on Wednesday and Thursday.