Will last Friday’s August jobs report showing that wages rose nearly 3% compared to a year ago finally convince the Federal Reserve that inflation really is starting to pick up steam? If not, what exactly will it take?

That report was certainly good news for workers, who have waited a long time – since 2009, apparently – to see their wages rise by so much. But it also provides convincing evidence that 2% inflation – which the Fed has been trying to stoke for the past 10 years – has finally arrived. But will the Fed actually believe it and do something before it “overheats,” to use its word?

A hike in the federal funds rate to 2.25% at the Fed’s September 25-26 monetary policy seems like it’s already baked in the cake. But it’s still not a given that another one will happen at the December meeting. According to CME’s Market Watch tool, the odds of a rate hike at the yearend confab are only 72%, compared to more than 98% for this month’s meeting. (While the Fed does meet in early November – just a day after the “most important election in our nation’s history,” if you believe some of the political pundits – a rate change then is very unlikely. The Fed has indicated that it will only adjust rates at a meeting that ends with a press conference by the Fed chair. That pretty much disqualifies November).

After the jobs report was released, the yield on the two-year Treasury note hit 2.70%, its highest level in more than 10 years. The benchmark 10-year note closed last week at 2.94%, its highest point in over a month. That those rates didn’t go even higher seems to indicate that the market isn’t yet sold on two more rate increases this year.

At least one member of the Fed is. END_OF_DOCUMENT_TOKEN_TO_BE_REPLACED

Hello MarketClub members everywhere. Stocks are trading sharply lower today after comments from a Federal Reserve banker suggests that a September rate hike might not be entirely off the table after all. 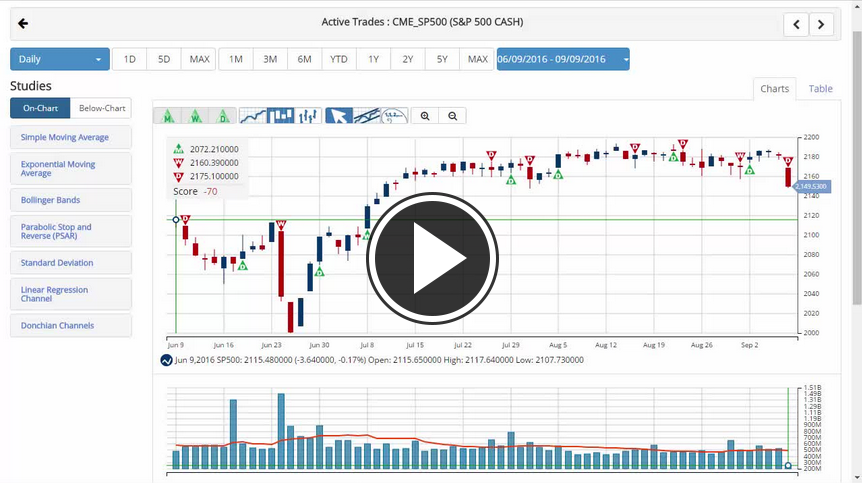 In a speech today Federal Reserve Bank of Boston President Eric Rosengren said that "a reasonable case can be made" for a rate hike, according to The Wall Street Journal.

Those words shook Wall Street, as traders had pretty much written off an interest rate increase at the Fed's Sept. 20-21 meeting. This feeling was based on the weaker-than-expected August jobs report released last week. Although Rosengren did not specifically mention September, his words, to some degree, leaves the door open to a rate hike, which Wall Street is not positioned for according to analysts.