A recently published paper by Matthew Killingsworth, a senior psychology fellow at The Wharton School of Business at the University of Pennsylvania, concludes that individuals with higher income often reported increased levels of day-to-day happiness and overall life fulfillment.

Previous research done at Princeton University found that happiness sort of plateaued once annual income reached around $75,000 per year. But Killingsworth believes that to be false and thinks the correlation between happiness and income can move higher in tandem indefinitely. He doesn't think that money and happiness are mutually exclusive. However, he does feel that people with higher incomes often feel they have more control over their lives.

The thinking is that the more money you make, the more choices you available to you during your everyday life. For example, it could be something as small as whether or not you buy organic food. Maybe a little bigger such as your range of 'affordable' cars becomes larger. Your living situation changes because you can afford a home or rent closer to where you work, thus reducing your commute. Killingsworth goes on to point out things like someone quitting a job or even ending a relationship, two things that may become 'easier' if your income is higher.

Obviously, not everyone that responded to the survey questions from Killingsworth reported higher happiness with higher incomes. Still, those who said financial security was important to them overwhelmingly showed a correlation to higher happiness with higher levels of income. However, Killingsworth also pointed out that some individuals with very low levels of income report high levels of happiness. He concludes that more money does buy happiness, but money is not the secret to happiness. END_OF_DOCUMENT_TOKEN_TO_BE_REPLACED

Big happenings at MarketClub this past weekend.  Our illustrious Director of New Business Development, Lindsay Thompson, married the love of her life, Brad Bittinger. YIPEEEEE! 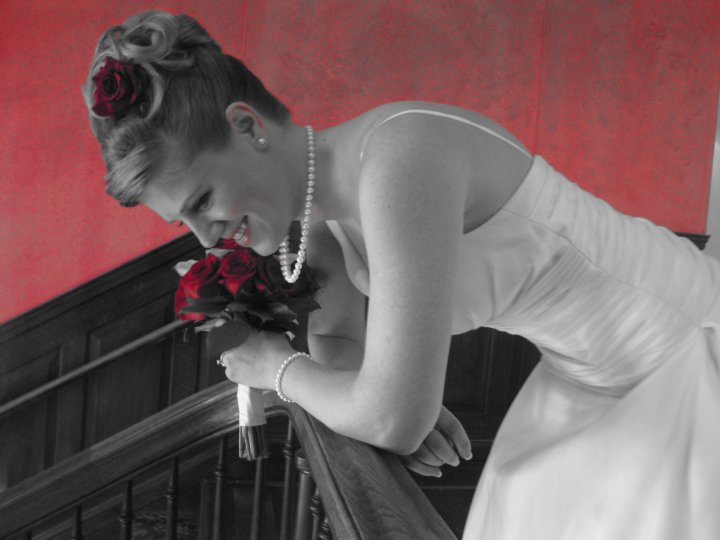 Here is a picture of the beautiful bride.

Check out their engagement pic here.

Congratulations to Brad and Lindsay and every happiness in the future from the entire MarketClub Team.