While Donald Trump's election has altered a number of aspects of the economy, investors cannot ignore economic trends that were in place before the election, says Joe McAlinden, founder of McAlinden Research Partners and former chief global strategist with Morgan Stanley Investment Management. In this interview with The Gold Report, he discusses those trends and how they may be changed by Trump's election, why he is bullish on gold and which sectors he expects to thrive in the Trump era.

The Gold Report: 2017 will be a year of change. In the early days of the Trump administration, what should investors be focusing on? END_OF_DOCUMENT_TOKEN_TO_BE_REPLACED

The much-anticipated decision by the Federal Reserve Board at the Sept. 17 meeting to hold interest rates near zero was met in the resource community with a mixture of relief and disappointment. The 9-to-1 vote citing global economic pressure on inflation left open the possibility of a hike at the December meeting. The Gold Report asked the experts in the resource sector what this means for precious metals and oil prices, and what signs they are looking for that a different outcome will be announced in December. 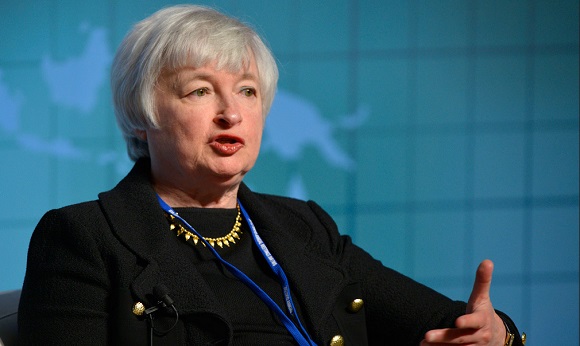 Joe McAlinden, founder of McAlinden Research Partners and former chief global strategist with Morgan Stanley Investment Management, was disappointed that the Fed "blinked." He called the decision irresponsible and attributed it to worries about China's growth. The veteran investor saw the status quo as bullish for precious metals and oil, but warned, "As the Fed continues to postpone moving towards normalization of interest rates, the potential for future inflation from years of excessive stimulation increases with every delay of the end of the zero interest rate policy."

He continued, "Based on today's decision, we now need to watch economic data from China and the performance of the markets themselves. I do not believe that the Fed's focus on those points is appropriate. Nonetheless, it is now clear that these will influence the timing of the next Fed move. Also, and more appropriately, we should be watching average hourly earnings, overall signs of strength or weakness in the U.S. economy, and the trend of the core PCE deflator." END_OF_DOCUMENT_TOKEN_TO_BE_REPLACED

With the markets in whiplash mode, Joe McAlinden, founder of McAlinden Research Partners and former chief global strategist with Morgan Stanley Investment Management, believes volatility is going to stick around for a while, and we might see a correction double of what we've had so far. In this interview with The Gold Report, McAlinden bucks conventional wisdom to argue that an interest rate hike is good for gold and oil, and lays out his investing strategy for this period of market uncertainty.

The Gold Report: For more than a decade, you led Morgan Stanley Investment Management's global investment strategy; now you own your own research firm based on your observations of the industry for more than 50 years. How do you explain the volatility in the markets right now and how should investors position themselves to prepare for what is coming?

Joe McAlinden: It has been a wonderful bull market, a wild ride going all the way back to 2007 when the market made its top. That was followed by a horrendous plunge. We've not only made that back, but the market has reached highs that were 36% above the 2007 highs. I had been concerned recently, however, that price-earnings ratios have become elevated and we are seeing other spooky similarities to the conditions that prevailed prior to the 1987 crash, including the absence of a more than a 10% correction for three years and a breakdown of small-cap stocks. The market could be vulnerable to some kind of major shock. I believe that the big shock is only beginning to unfold and that as it does, this correction will get considerably worse, perhaps double what we've had so far and maybe even worse than that.

TGR: What do you think the market expects the Federal Reserve Board to do? END_OF_DOCUMENT_TOKEN_TO_BE_REPLACED