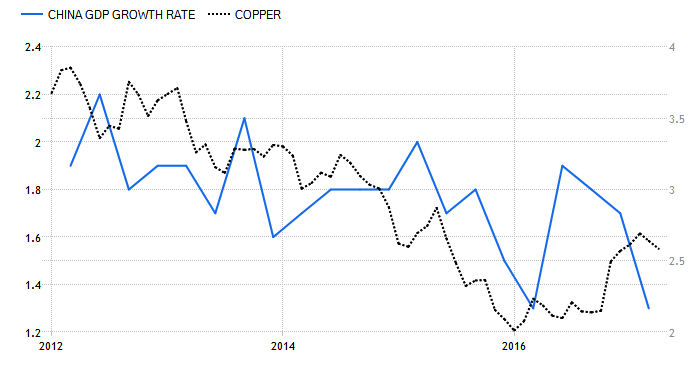 The Chinese economy (left scale, blue) advanced only 1.3 percent in the 1Q of 2017, following a 1.7 percent growth in the previous three months and missing market estimates of a 1.6 percent growth. It has been the weakest expansion since the 1st quarter of 2016. GDP Growth Rate in China averaged 1.84 percent from 2010 until 2017. END_OF_DOCUMENT_TOKEN_TO_BE_REPLACED