The Energy Information Administration reported that February crude oil production averaged 12.833 million barrels per day (mmbd), up,000 b/d from November. Reductions occurred in the Gulf of Mexico (87,000 b/d). Because of the oil price war and demand destruction, the collapse in oil prices likely undercut output in March, making February the peak in U.S. production. 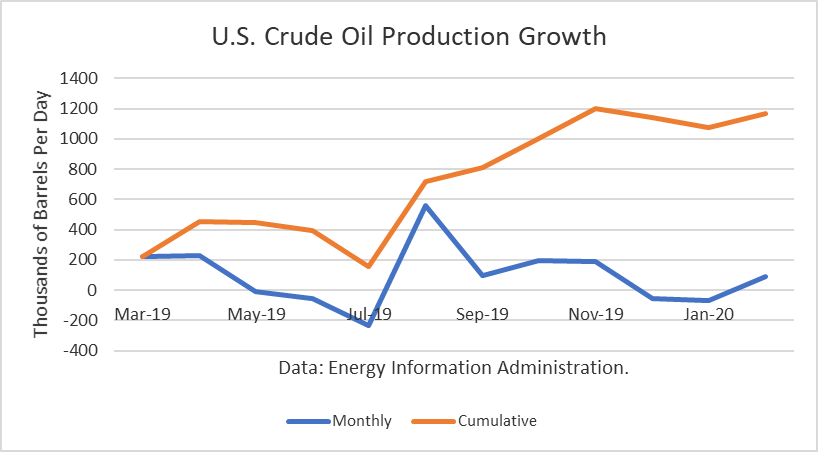 The gains from last March have amounted 1.164 mmb/d. And this number only includes crude oil. Other supplies (liquids) that are part of the petroleum supply fell 390,000 b/d from a year ago. 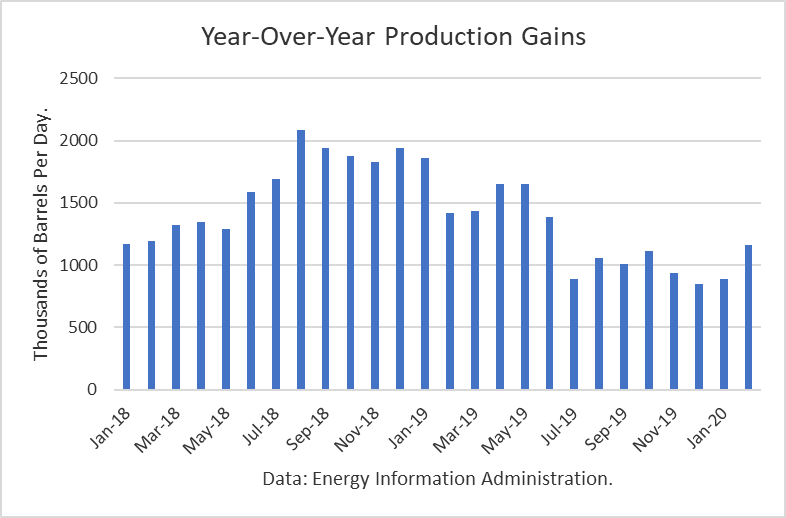 The EIA-914 Petroleum Supply Monthly (PSM) figure was 191,000 b/d lower than the weekly data reported by EIA in the Weekly Petroleum Supply Report (WPSR), averaged over the month, of 13.024 mmbd. 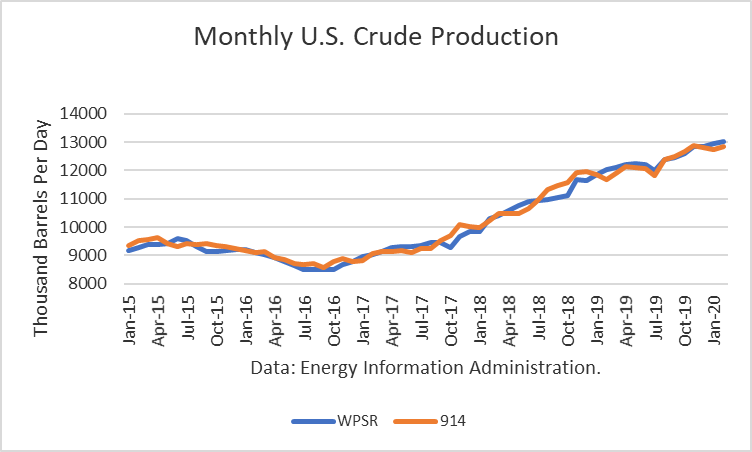 The February figure was about 170,000 b/d higher than the 12.710 mmbd estimate for that month in the April Short-Term Outlook. This difference is enough to justify a “rebenchmarking” to EIA’s model in future crude oil production levels at this time.

The EIA is projecting that 2020 production will exit the year at 11.130 mmbd. And for 2021, it projects an exit at 11.170 mmbd. These are downward revisions of almost 3 million barrels per day as a result of the price collapse and slow rebound in prices through the forecast horizon. 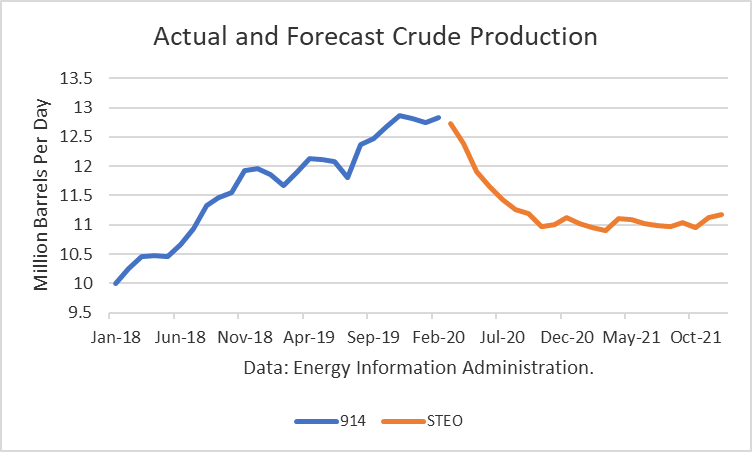 The EIA significantly revised its forecast for future U.S. crude oil production. The downward revision is subject to great uncertainty because no one really knows how long the demand destruction will last and whether global stocks will reach capacity limits, which would keep downward pressure on oil prices for an extended period of time.

The Trump Administration is preparing plans to assist the oil and gas industry, and they are likely to have a major impact. Oil independence is very important to the president, and so the EIA forecast may be revised up, depending on what plans are enacted.