Public relations fiasco is putting it lightly in the wake of the Cambridge Analytica data misuse scandal. Once the news broke that Facebook Inc. (FB) was behind the mishandling of user data that was shared with a politically connected firm during the 2016 presidential race, Facebook’s stock tumbled from $195 to $152 or a 22% slide. Mark Zuckerburg went into damage control mode via rolling out transparency tools, metrics, impacted user details and testifying before Congress. The border questions of potential regulation, public backlash, additional data misuse cases and whether or not any material impact to revenue, as a result, remain in question. Over the past few quarters, Facebook has ramped up spending on initiatives to combat fake news, ensure data integrity, implementing stringent guidelines on third-party data sharing and overall transparency within its platform. Thus far, the early fallout from the Cambridge Analytica scandal has been immaterial to revenue albeit the recent quarterly numbers only reflect roughly two weeks of post-scandal numbers. Facebook had already moved to overhaul its news feed in favor of “meaningful social interactions” versus “relevant content” to improve its user experience. 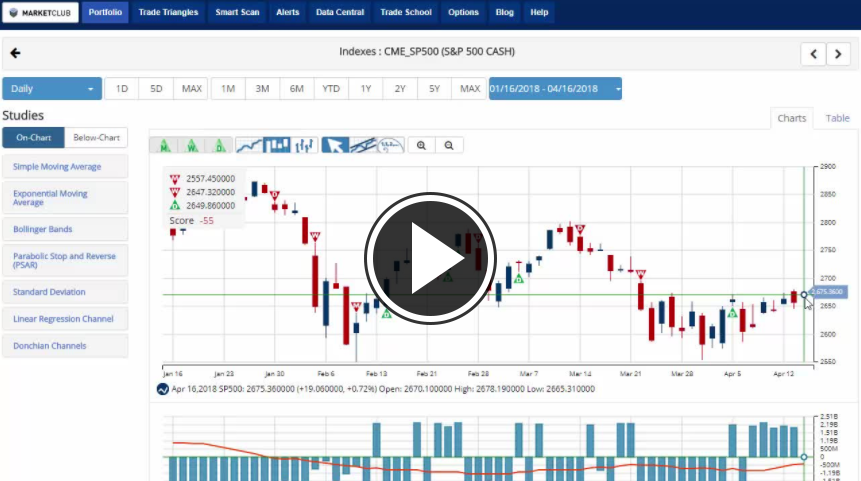 Crude oil has dropped from the three-year high that it posted to end the week as concerns about conflicts in the Middle East eased. Oil had dropped as much as 1.9% on the day but has settled around the $66.50 level, down about .55%. END_OF_DOCUMENT_TOKEN_TO_BE_REPLACED

Hello traders everywhere. Global tensions have Rocked the oil markets today sending crude oil to a three year on the back of a +3% gain in Tuesday's trade. WTI crude is trading above the $66, a +2% gain, breaking through the previous levels of resistance were sitting just shy of $65. The last time the price oil was this high was in 2014.

The reason for the sharp upward move stems from comments by Russia and the United States over the conflict in Syria. Russia's ambassador to Lebanon told local media that Russia would shoot down American missiles headed Syria's way. This follows an alleged chemical weapons attack by President Bashar Assad that killed dozens in a rebel-held area over the weekend. 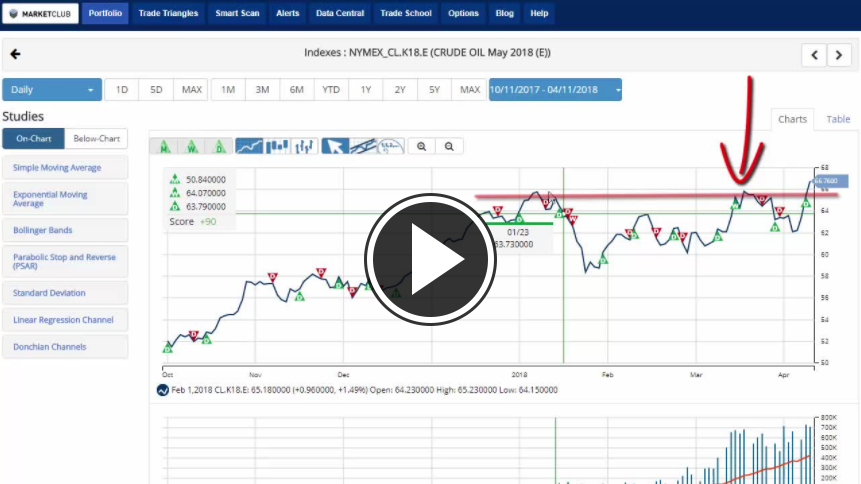 "Russia vows to shoot down any and all missiles fired at Syria. Get ready Russia, because they will be coming, nice and new and 'smart!' You shouldn't be partners with a Gas Killing Animal who kills his people and enjoys it!"

To add to that, the Energy Information Administration (EIA) data on Wednesday showed swelling surpluses at the biggest domestic storage complex as well as nationwide last week. American crude production also climbed, while exports of American oil declined to 1.21 million barrels a day.

Hello traders everywhere. After a Friday close of -2% for all three major indexes, the stock market has rallied today with gains of +1.5% for the DOW and S&P 500 respectfully, while the NASDAQ is posting a +2% gain on the day.

Of course, this move higher comes on a feeling that the trade war with China won't happen or that it won't be as bad as we first thought. 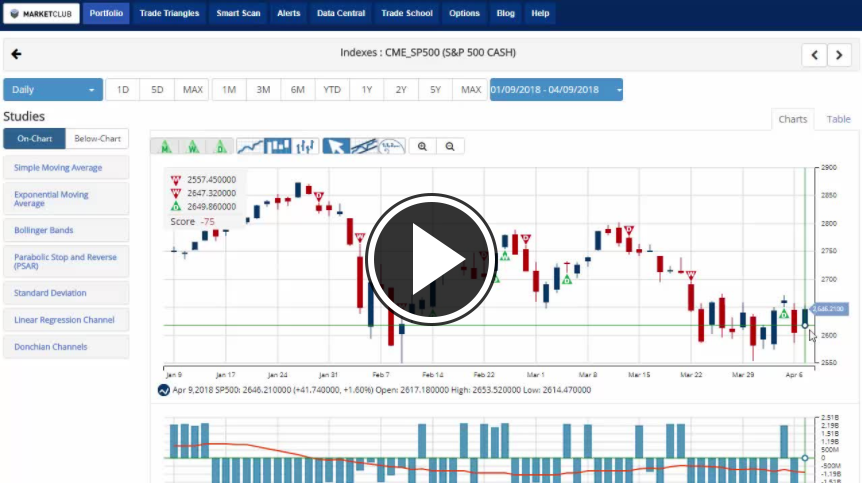 Treasury Secretary Steven Mnuchin said on Sunday he does not expect a trade war between the U.S. and China to take place and President Donald Trump himself said in a tweet Sunday: END_OF_DOCUMENT_TOKEN_TO_BE_REPLACED

When a major company such as Facebook Inc. (NASDAQ:FB) is caught in a scandal, the declining share price doesn’t just hurt investors who knowingly bought shares of the company. It also hurts all those unsuspecting shareholders who may own part of the company through different Exchange Traded Funds.

On March 16th, shares of Facebook were trading at $185.09. The news broke that 50 million customers had their data taken from Facebook by a company called Cambridge Analytica and used to persuade American’s to vote for President Donald Trump. By March 27th Facebook shares had bottomed out at $152, a nearly 18% decline from the day before the story broke. As of this writing, shares of the social media giant have recovered a little, and now they trade at $160 per share, still a 13.5% decline.

Anyone that knowingly owned shares of Facebook before this story breaking has decided to either ride this rough patch out or jumped ship. But, some investors own shares of Facebook and have likely taken a beating because of the situation and may not even have known what was causing their portfolios to fall. END_OF_DOCUMENT_TOKEN_TO_BE_REPLACED