The EIA’s estimate for demand is a rise of 1.7 mmbd, which I find to be realistic. But if non-OPEC supply is up 2.5 mmbd and OPEC production remains at February's 32.3 mmbd, then global inventories will rise by 80 million barrels throughout 2018.

The IEA estimates are in-between OPEC’s more bullish and EIA’s more bearish outlooks. It forecasts a demand gain of 1.4 mmbd and a supply gain of 1.7 mmbd. If OPEC production remains at 32.3 mmbd, stocks will neither rise nor fall, on balance, throughout the year. 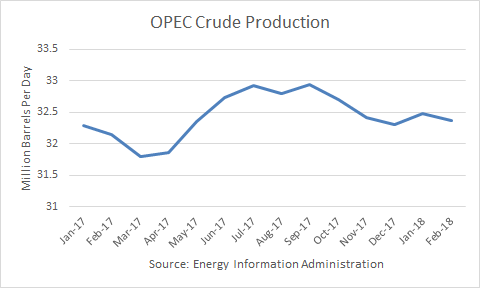 Here are some other factors to take into consideration.

One major reason U.S. crude stocks have not built by much during this refinery maintenance period has been high crude exports. 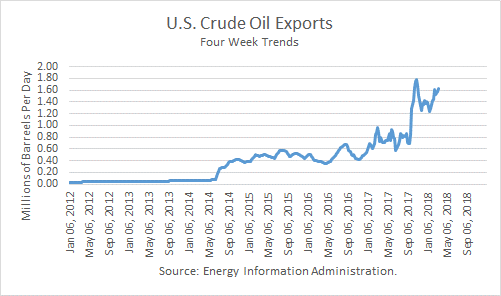 But the OPEC Reference Basket (ORB) – WTI spread has collapsed, and that should reduce crude exports to China. 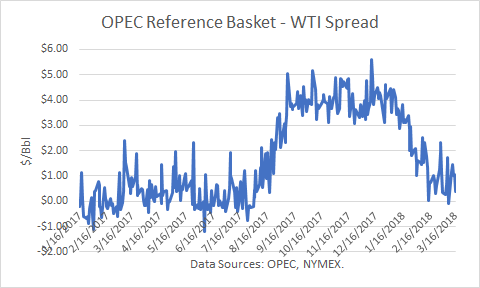 In addition, gasoline exports should drop soon, and that should enable gasoline stocks to build. 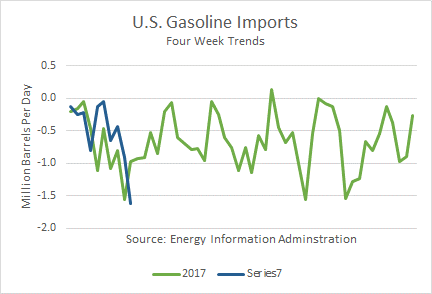 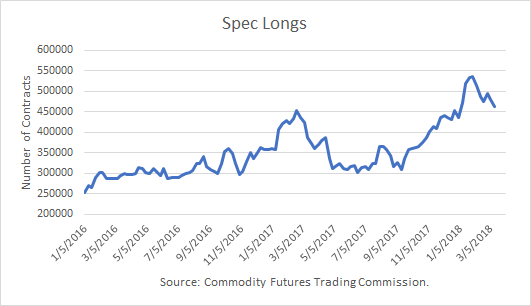 Also, oil producer hedging positions have been on the rise. 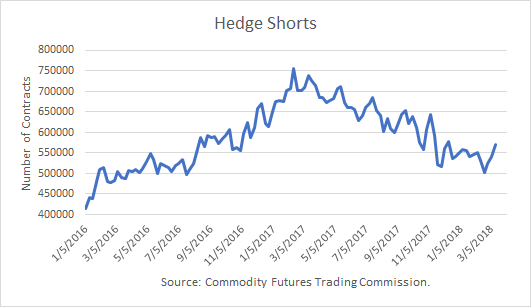 In both cases, there is a lot more room for selling to get them back to a more neutral position, which I expect if inventories build as indicated above.

One big risk is production in Venezuela. Production had dropped by 370,000 year-over-year in February, and a further deterioration should be expected, unless it can secure loans from China or Russia. 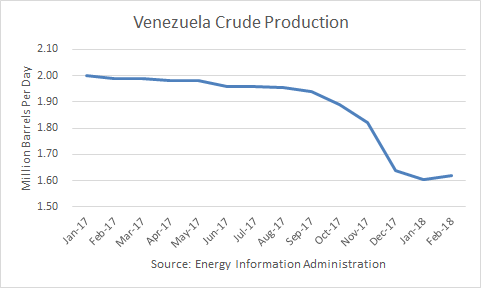 Furthermore, the Trump Administration is contemplating additional sanctions, which could include an oil import or export embargo, which may cause a collapse of the country’s oil industry. But such an action would also cause a further humanitarian crisis, and the lesson of unintended consequences from U.S. foreign intervention (Iraq) has not been lost.

The Administration is also considering imposing sanctions on Iran, and recertification of Iran’s compliance with the nuclear deal is required in May. But a report on Friday stated that France, Britain, and Germany would favor new sanctions if the U.S. remained in the deal. 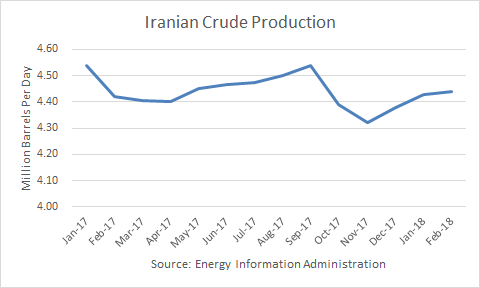 Iran has also signed a new deal with Russia to invest in the development of oil reserves in its country. And so it appears that new sanctions are unlikely to affect Iran’s production this year.

Production in Libya and Nigeria is always at risk due to domestic terrorists. However, recent production for the two African countries have been relatively steady at 2.7 mmbd, and both are working toward increases, as they are not included in the OPEC production deal. 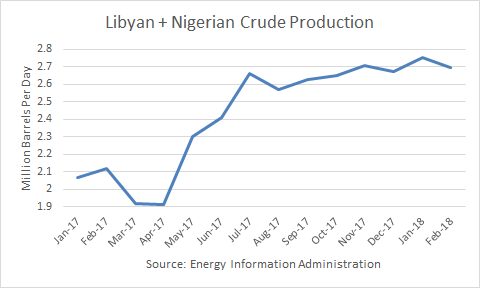 Despite speculation that Russia may exit the deal early, Energy Minister Novack has most recently affirmed that Russia remains committed until the market is balanced.

The Fed has indicated that it may raise interest rates by four or five times this year.

If it does, that will support the dollar and act as a headwind for commodity prices.

Higher interest rates may also adversely affect the stock market, which in turn, can have collateral damage on oil equities and prices. The stock market peak in January remains in place, and so we may see further consolidation in equity prices during 2018. 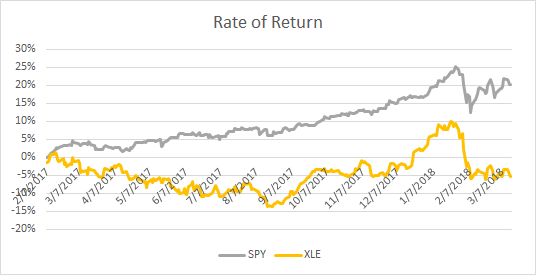 The most important factor in the outlook is that U.S. shale production has yet to respond to the $60/b oil environment. There are 3-4 month lags in drilling and another 3-4 months lags in production from the higher drilling rate. As production reflects the higher price, the market sentiment could turn highly bearish because the OPEC deals have backfired.

The most important bullish factor has been the relatively slow build in stocks for this time of year. Also, further erosion of production in Venezuela could offset new shale production to a greater or lesser degree.

In the very short term, I expect lower crude and gasoline exports to enable U.S. stocks to increase. If that happens, I expect WTI to dive back to the $55 to $56 price area.