The Energy Information Administration reported that November crude oil production averaged 11.900 million barrels per day (mmbd), up 345,000 b/d from October. This estimate capped a spectacular 6-month gain of 1.436 mmbd from June through November, a period when capacity takeaway constraints had been expected to slow down the growth in Texas. 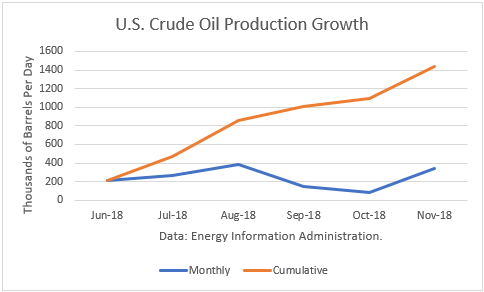 The year-over-year gains have been especially impressive with the November figure being 1.801 mmbd. And this number only includes crude oil. Other supplies (liquids) that are part of the petroleum supply add to that. For November, that additional gain is about 500,000 b/d. 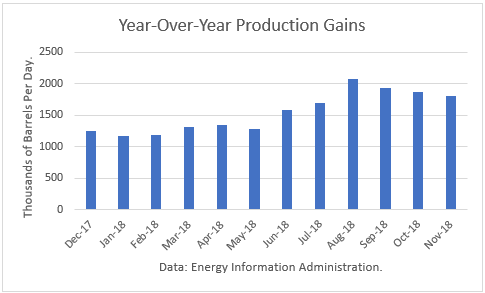 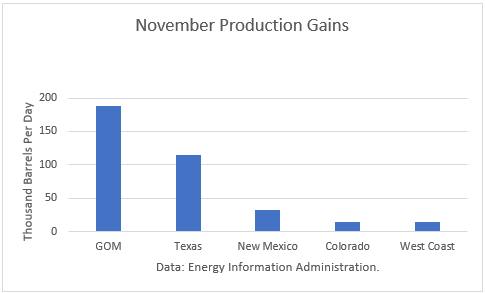 The EIA-914 Petroleum Supply Monthly (PSM) figure was 207,000 b/d higher than the weekly data reported by EIA in the Weekly Petroleum Supply Report (WPSR), averaged over the month, of 11.693 mmbd.

The November figure was also 140,000 b/d higher than the 11.760 mmbd estimate for that month in the January Short-Term Outlook. That implies a potential upward “rebenchmarking” to EIA’s model in future production levels. 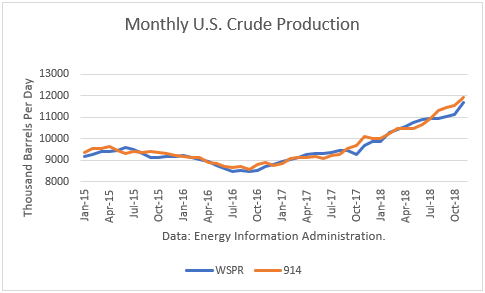 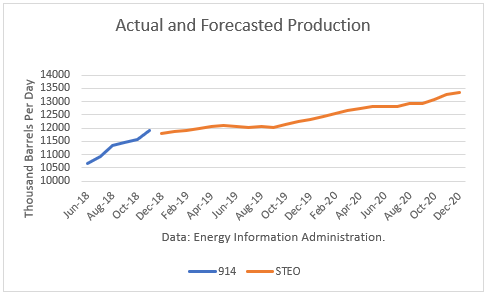 Shale oil production continues to exceed expectations that have been revised upward substantially. The drop in crude price could have slowed down the rate of growth. However, with WTI futures well above $50 now, EIA’s 2019 forecast still looks overly-conservative.