Iraq is OPEC’s second-largest producer, and its production in August was 4.88 million barrels per day, according to Platts, and 4.76 according to Reuters. Its production target is 4.512, and so it is producing around 220,000 b/d more than it had pledged.

By contrast, Iran’s production has fallen by 1.6 million per day since the October 2016 base period, and Saudi Arabia cut its output by 920,000 b/d. Moreover, according to Majid Jafar, CEO of Crescent Petroleum, the largest private oil company in the region, it is “doubling down” on its investment in Iraq and intends to increase its production there. 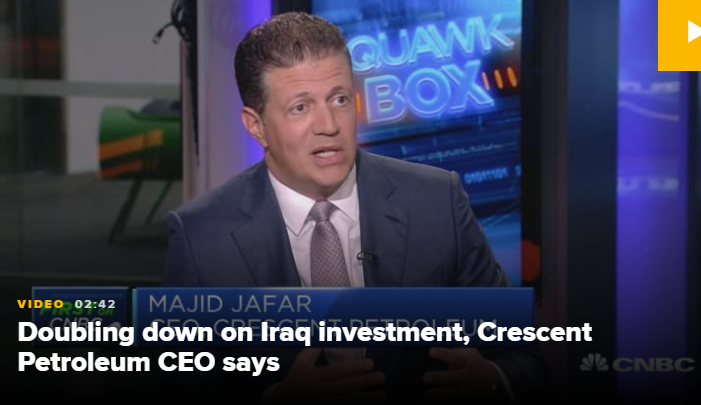 Even as the OPEC agreement was being finalized in 2016, Iraq had recently signed deals to restore oil production. Iraq expected to pump about 275,000 b/d more in early 2017. Iraq's new oil minister, Jabar Ali al-Luaibi, said:

The ministry has new ambitious plans to develop the oil sector… Among them, the most important is to increase crude output to reach a level that suits Iraq's needs; we don't want to specify a ceiling for future production like in the past…Iraq is seeking to play an active role in order to support oil prices while preserving a share that is proportionate to its reserves."

Due to the American sanctions on Iran, Iraq has captured more of the Asian market, which is desirable because it has the best growth prospects and the transportation cost is relatively low, enabling the country to realize a greater proportion of the revenues received.

In August, Iraqi crude exports to India are estimated to be 1.2 million barrels per day. Iranian exports appeared to have stopped in May when the sanction waivers ended. 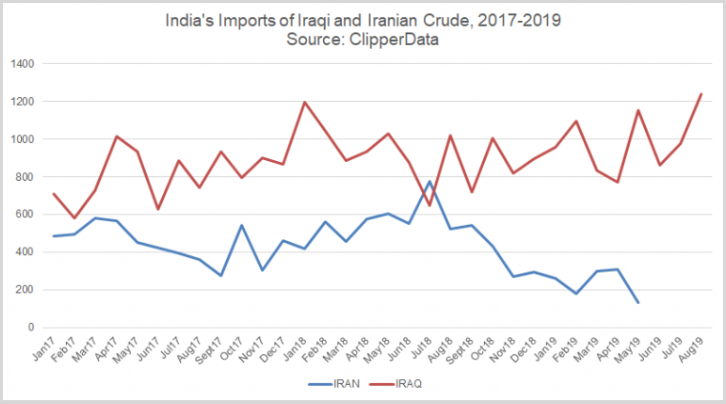 In July, Iraq’s exports to China appear to have exceeded 2.5 million barrels per day. 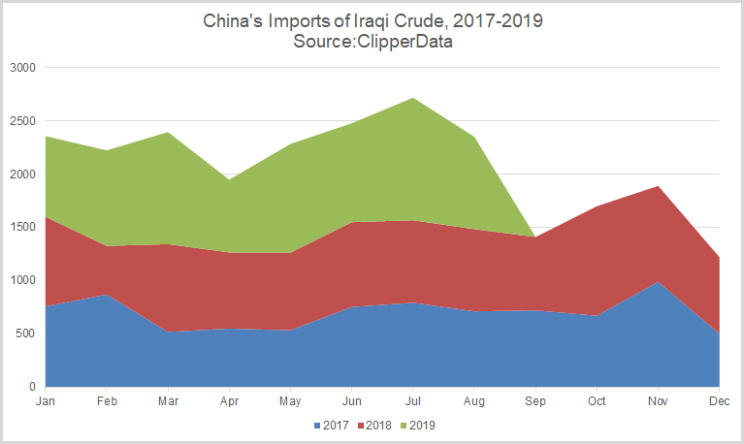 Turkey’s imports of Iranian crude appears to have ended in April, but Iraq’s exports have continued. 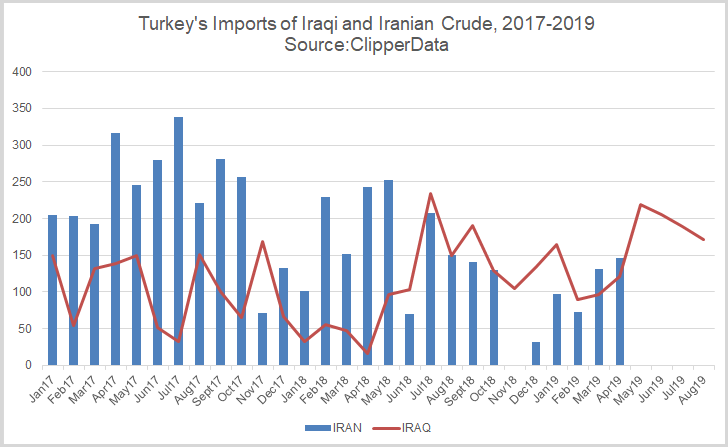 Saudi Crown Prince Mohammed bin Salman (MbS) spoke with Iraqi Prime Minister Adel Abdul Mahdi last week, stressing the importance of oil market cooperation for price stability. This week, Iraqi Oil Minister Thamer Ghadhban told CNBC, “We are trying to adhere to our commitment that we have agreed on the third of December last year with our colleagues in OPEC and outside OPEC, but with difficulties, of course. Right away from now, from this month, we will go back to normal and... crude oil for power generation will be down to about 80,000, 85,000 (bpd) instead of 205,000.”

Iraq also does not control production in the semi-autonomous Kurdish Regional Government (KRG). And Iraq doubled its production in the Majnoon field in Basra to 200,000 b/d in June with the help of international oil companies.

Iraq’s petroleum industry and exports were devastated by war for much of the past two decades. It is understandable that the country is more interested in expanding its output now that it can. Though OPEC would like to show the market it is doing whatever is necessary to support oil prices; it probably knows that Iraq is in no position to sacrifice its opportunity to raise production.