I wanted to do this update to share with you exactly what would have happened had you followed everything I said in last Friday’s video.

Of the 12 stocks that I showcased last Friday, only three made the cut and matched that criteria and they are, Alphabet Inc., Home Depot and the Goodyear Tire & Rubber Company.

Let's now look at those stocks individually and how they closed last Friday and opened today. END_OF_DOCUMENT_TOKEN_TO_BE_REPLACED

If you didn't already know this, there is an easy way to find stocks that are making 52-highs using MarketClub's Smart Scan Technology. You can find stocks in US, Canadian, and Australian markets and have the option of filtering and looking for just certain stocks that meet your criteria. 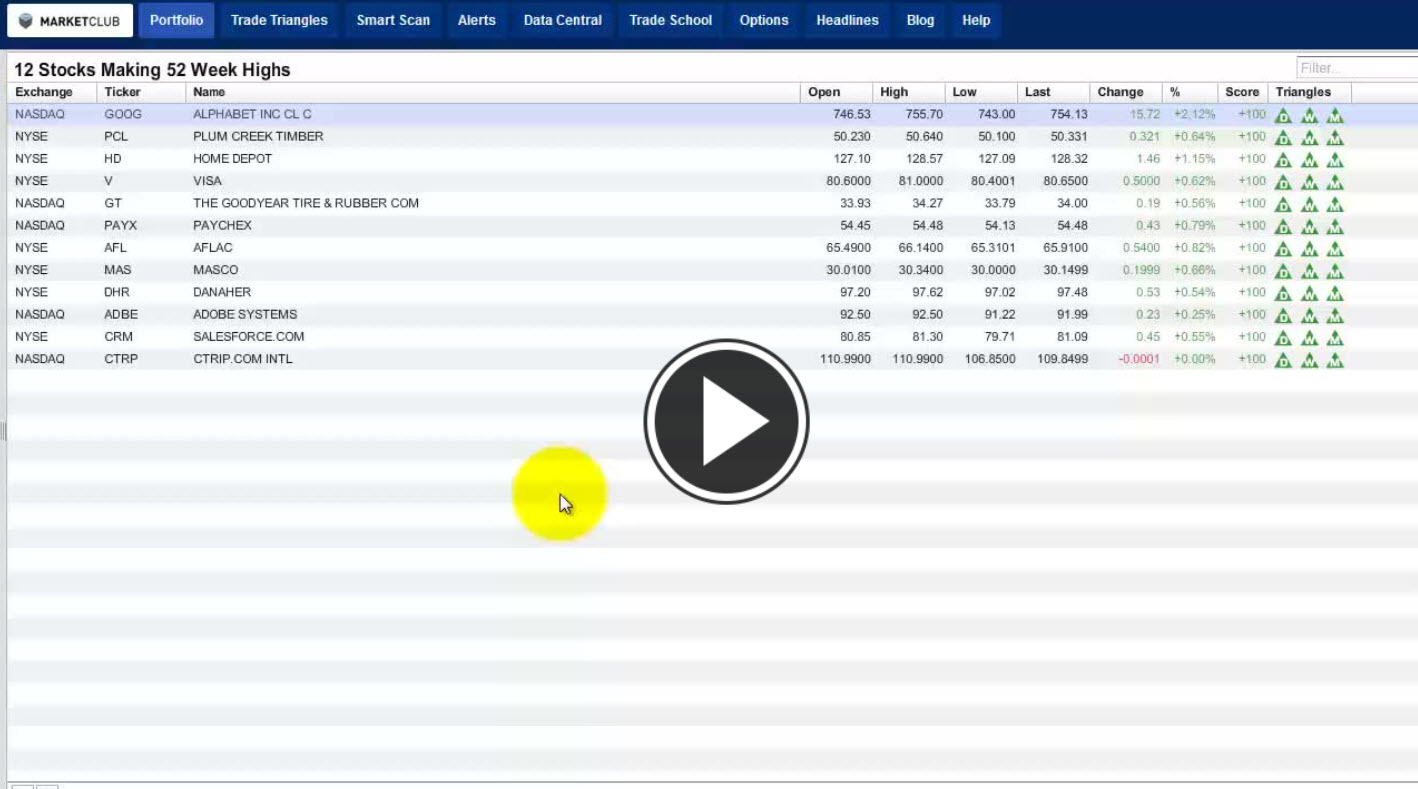 For my purposes today, I looked at stocks that traded at $20 a share or higher, had a daily trading volume of 2 million shares or higher, and I just scanned US exchanges.

Here's a list of the 12 stocks that met the criteria I set up: END_OF_DOCUMENT_TOKEN_TO_BE_REPLACED

Hello MarketClub members everywhere! I have a lot to cover today, so let's get started right away.

Starbucks gave a major buy signal yesterday. I have talked about the $59.50 area as resistance and that barrier was breached with Starbucks Corp. (NASDAQ:SBUX) closing at an all-time high. I guess that means that our morning cup of coffee is going to go up as well. 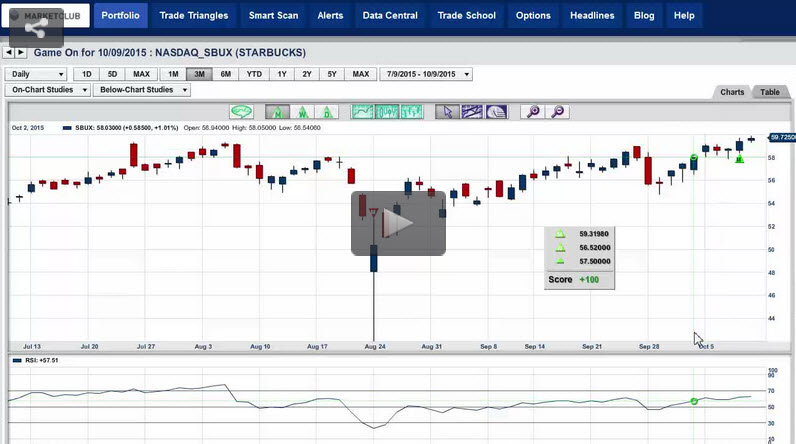 Hello traders and MarketClub members everywhere! Here we are at the end of the week, the end of the month and anticipating a full moon this weekend. It has been quite a week and quite a month and I will be covering that in today's video. 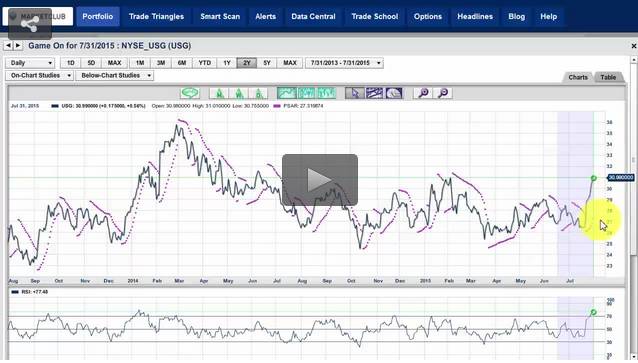 One of my trading rituals that I do every week is look at how the markets have performed for the week. I don't mean that I look at every up and down movement, but I want to see if the market closed on a positive or negative note. I also do this on a monthly basis, at the end of every month or the last day of trading for the month, to see how a market has performed during the month. Much like my weekly ritual, I want to see if the markets I am following gained points or lost ground for the month.

I find this sort of exercise very refreshing as it takes out a lot of the clutter that surrounds the markets during the day. When you expand that exercise to a monthly time frame, you get to see a much clearer view of where a market is heading. END_OF_DOCUMENT_TOKEN_TO_BE_REPLACED 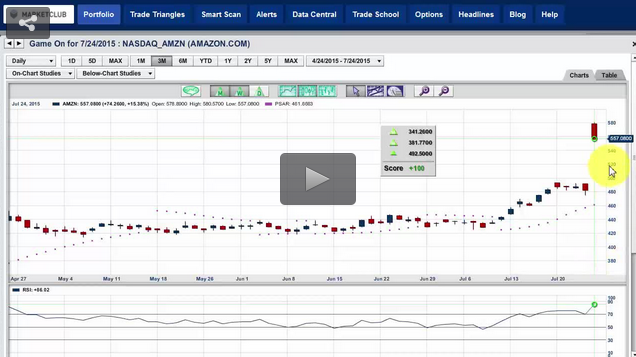 I imagine that Sam Walton, the genius who created Walmart, was an inspirational role model for Mr. Bezos. Yesterday, Amazon surpassed Walmart in sales - no small feat given the fact that Walmart has been around since Sam Walton founded this company in 1962, over half a century ago! Like Sam Walton, Jeff Bezos took a similar approach to retailing - to make products readily available at better prices than anybody else. Somewhere down the line, I would not be surprised to see Amazon open up brick and mortar stores. END_OF_DOCUMENT_TOKEN_TO_BE_REPLACED