Back in 1991, very few people had heard of a company called Starbucks.

After all, what kind of fool would pay more than $2 for a cup of coffee? Particularly when you could brew a cup at home.

Today, Starbucks is a billion-dollar global leader and one of the most recognized consumer brands in the world. Early investors have been rewarded with life-changing gains.

Hello MarketClub members everywhere. This morning I learned that Starbucks Corporation (NASDAQ:SBUX) has 1.2 billion dollars loaded onto Starbuck's cards and their mobile app - that is more capital than almost 5,000 US banks! The other good news for Starbucks is that they are playing the 'float' which means they are getting a return on your capital much like a bank, albeit small, as interest rates are so low right now. So next time you are in Starbucks ordering your favorite cup of coffee, do yourself a favor and pay cash. Why let Starbuck's make a buck on your hard earned money? 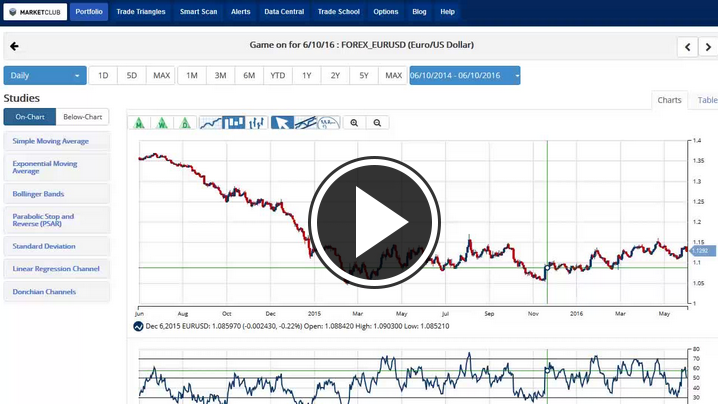 Overseas: The German Bund yields sink to new lows and yields in both Britain and Germany fell to record lows ahead of Britain's referendum on the European Union membership later this month. All of which is not particularly positive for the US economy or today's market.

How The Markets Closed Last Friday: Every Friday I look back on the week and see where the markets closed the previous Friday. This look backwards gives me the opportunity to see whether a market is positive or negative for the week. One of the important market perceptions is to look at the comfort level of traders and investors on Friday and see if they are comfortable going into the weekend holding positions in various markets. With that said, here's how the major markets closed last Friday. END_OF_DOCUMENT_TOKEN_TO_BE_REPLACED

Hello MarketClub Members everywhere, Adam Hewison here, wishing you a happy and prosperous May. I believe this month is going to be a very pivotal one for the stock market.

In the back of many traders' minds is the old market adage, "sell in May and go away". Is that what is going to happen this May? It is perhaps a little too early to tell as there are many, many factors in play the least of which is, of course, the presidential election which has electrified and gripped the country in a way that I have never seen before. Like always, I'm going to rely on the Trade Triangles to tell me what is going on in the marketplace. 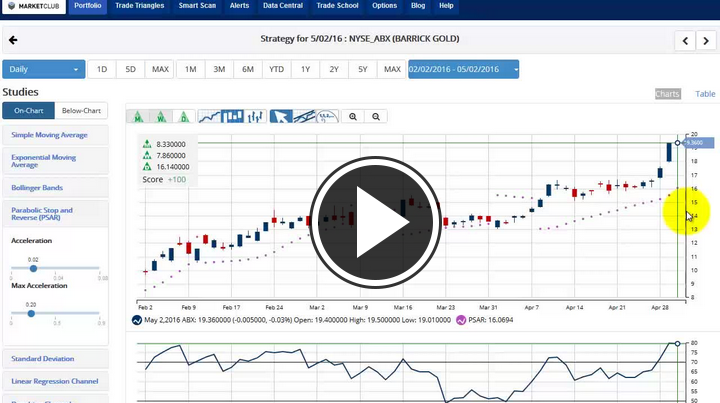 This morning, Warren Buffett indicated that he would take his money out of the banks if he had to pay them to keep his money. What he was referring to was negative interest rates. Berkshire Hathaway, which is the operation that Warren Buffett runs, is a conglomerate of companies and has about $60 billion in cash that it keeps in the bank. With the current low-interest rates, Berkshire Hathaway is earning about $600 million a year as opposed to the several billion of dollars it would earn in a more normal interest rate environment.

So in essence when one of the top investors in the world indicates that he would pull his money out of banks, he was saying to Janet Yellen, the head of the Fed, to back off the idea of negative interest rates. Way to go Warren - I think you win this one. END_OF_DOCUMENT_TOKEN_TO_BE_REPLACED

This is a week that many investors would like to forget. It's the worst beginning of the year for equities since records have been kept.

Investors, some of whom are shell-shocked, are asking themselves, what should I do? Should I be a buyer here? Should I sell everything or should I just remain on the sidelines? 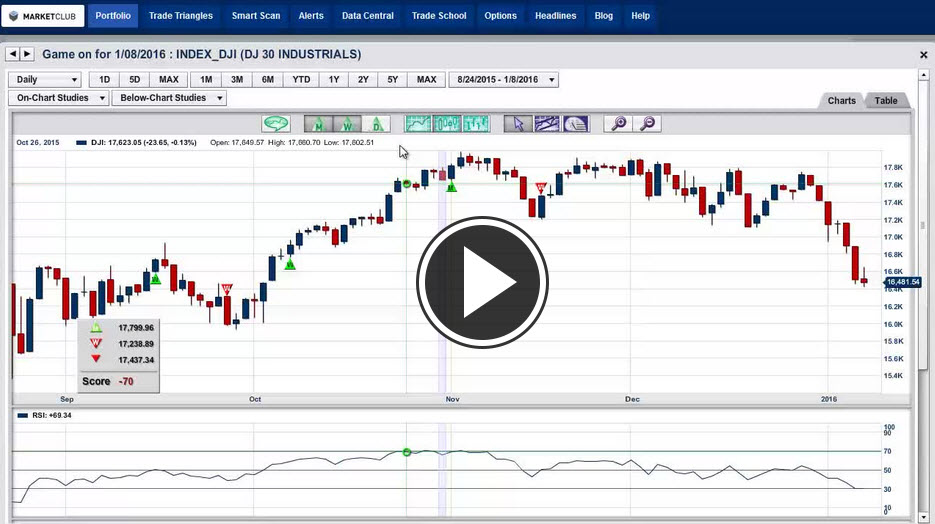 In today's video, I will be sharing with you some interesting views of the major indices that you may not have heard before. I will also be examining six big stocks that aren't so big anymore and what you should or should not be doing with them. I will be looking at gold which has done very well this week and predicting where I potentially think it can go.

Here's a list of the markets I will be covering today: END_OF_DOCUMENT_TOKEN_TO_BE_REPLACED

This morning I was using MarketClub's Smart Scan and noticed something that perfectly reflects the current market conditions we are experiencing right now. The number of chart Scores of +100 and -100 indicating strong upside and downside trends were practically even. This illustrates the lack a unified consensus either way for a strong bull or a bear market. 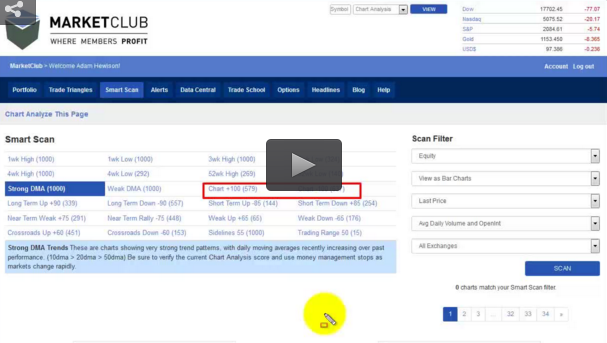 Eventually this balance will change one way or the other, but for now caution is not a bad word to use or practice in this market.

The Haves And The Have-Nots

Here are 5 stocks that everything going for them: END_OF_DOCUMENT_TOKEN_TO_BE_REPLACED