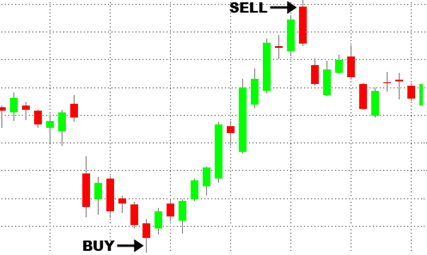 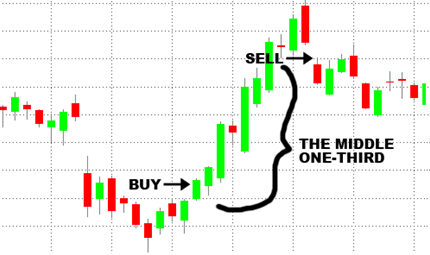 On the Trader's Blog you've heard us talk plenty about how to simplify your trading. As a matter of fact, you've heard Adam preach about keeping it simple over the years. Today we've asked Bill Poulos from Profit's Run to share with us how he keeps his trading method simple by using a simple indicator that we could all benefit from. To find out more about Bill Poulos visit his website here.

One of the problems that many traders run into is trying to find the perfect combination of indicators that will lead them to the perfect trading method.  Not only is this a problem for new traders but we find that many experienced traders continue to over complicate their charts with too many indicators.  They often think that the more indicators they can get on the chart the more successful they will be.     This is usually not the case and only leads to more confusion on the part of our entries. The concept of keeping things simple works especially well when applying it to our trading strategies.  The key for many trading methods is to simply know the trend of the pair and then know when to buy or sell that pair.

END_OF_DOCUMENT_TOKEN_TO_BE_REPLACED

This is a big mistake. END_OF_DOCUMENT_TOKEN_TO_BE_REPLACED

Earlier this week we got a great response from our members to Bill Poulos' Guest Blog post on his "Free Trade Strategy". So well, that he got a number of emails asking some pretty heavy questions regarding coaching after they attended his webinar. He emailed me and asked if he could answer some questions and teach a bit more and here he is. As always, comment below and check out the replay of his webinar right here.

Hi everybody, this is Bill Poulos and I want to thank you for reading last week’s entry on my Free Trade Strategy and it’s importance in eliminating risk in any trade, especially in the forex markets.

Today, I’m going to talk about three things: two problems most traders face in trading (and access to simple fixes for these problems) and the new era of coaching in the trading education market. END_OF_DOCUMENT_TOKEN_TO_BE_REPLACED

Trader's Blog would like to welcome back Bill Poulos from ProfitsRun.com. Whenever I ask Bill to come and teach, he always delivers. This time is no different with his article on the free trade strategy. Please take time today to read the article, comment below, and also if you'd like to learn more from Bill check out his “Forex Smart Start Profit Strategies Session” webinar here.

The good news is that both can be managed to the trader’s advantage resulting in minimizing losses and providing the opportunity for great profits.