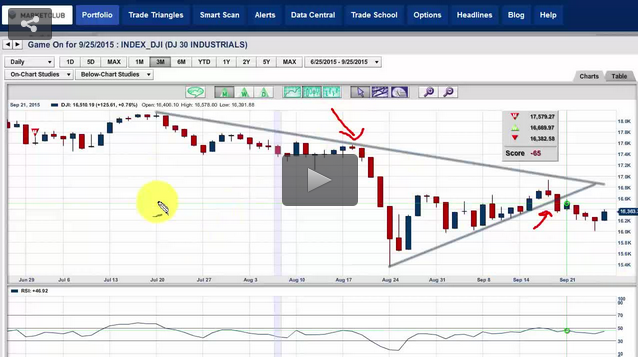 Let's just take it and look at where the markets closed last Friday. END_OF_DOCUMENT_TOKEN_TO_BE_REPLACED

Wednesday is often referred to as hump day, meaning that it is the middle of the week and just a few days to the weekend. Today could also be referred to as "dump day" as early indications are that investors are dumping stocks across the board. 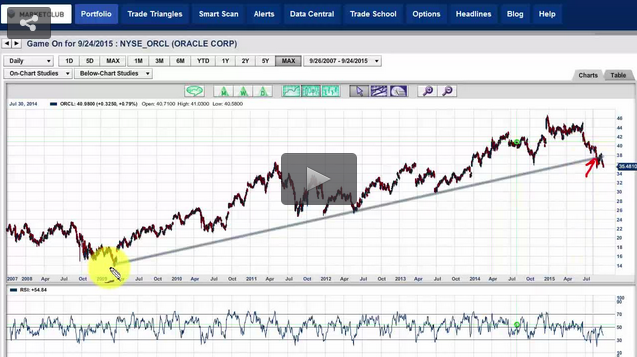 Today I have three stocks that I think could move significantly lower from where they're currently trading.

The first one is Oracle Corporation (NYSE:ORCL) which gave a weekly sell signal yesterday and looks to be in trouble to the downside.

The next stock is the fashion house/label of Michael Kors Holdings LTD. (NYSE:KORS). This stock also flashed a weekly sell signal yesterday and looks to be headed to the downside. I will be looking at where you should sell this stock, were you should put your stop and how far down I think the stock can go. END_OF_DOCUMENT_TOKEN_TO_BE_REPLACED

Throughout my trading career, two things of have stuck in my mind that I learned a long time ago on the floors of the Chicago Mercantile Exchange. I was trading for my own account and a select few customers in a space that was both hostile and friendly at the same time. 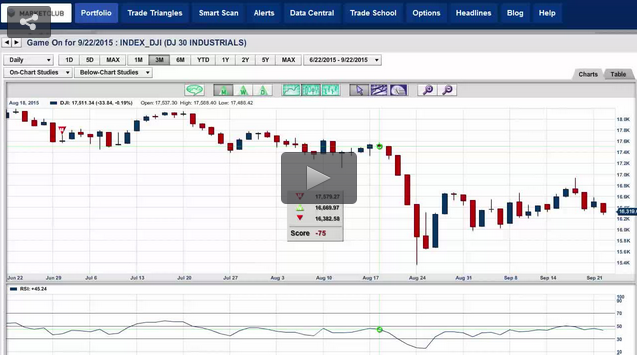 The first was, "the trend is your friend." Trends tend to persist longer than most people expect. Just look at the recent bullish trend in the equity markets that has been going on now for six years. By any mark in history this is an old and tired bull market. Only one time in history did a bull market trend ever extend to seven years. As they say when you climb Mount Everest, we are now in thin air.

"The trend is your friend" is an amazing thing to remember when you are trading because that is where the big money is made.

The next saying I learned as a young trader in the pits of Chicago was, END_OF_DOCUMENT_TOKEN_TO_BE_REPLACED

Yesterday Janet Yellen, the head of the Federal Reserve Board, did exactly what I expected her to do and that was nothing. As I have said many times, the Fed is out of bullets and out of options.

If you have practically zero interest rates, how much lower can you go? 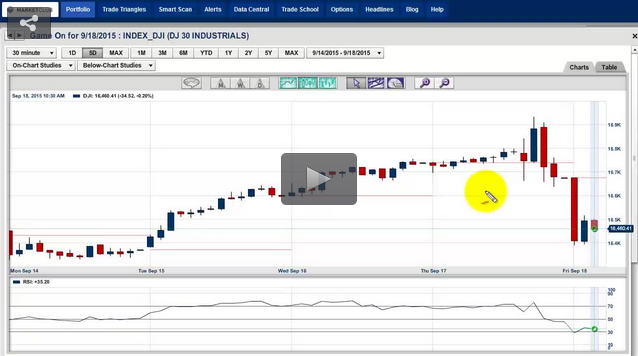 It's the end of the week and things could get very ugly in the market today. Earlier this week I talked about not getting suckered into the fake rally as the major trend in the indices was and still is on the downside. Today may prove that I was right and here's why. END_OF_DOCUMENT_TOKEN_TO_BE_REPLACED

So as traders, what should we be doing? 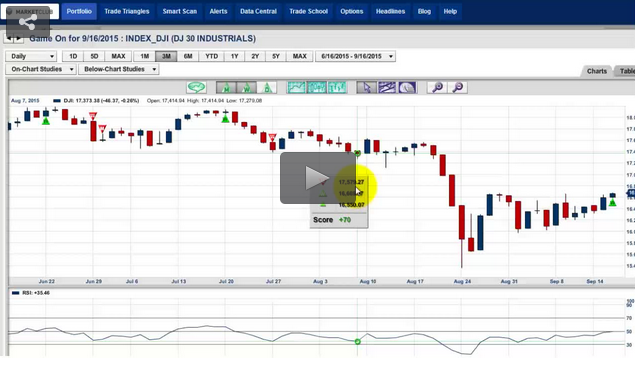 The important thing to remember is that you have many days to trade the markets and put on new positions, you don't have to do it today or just before the Fed's big announcement. No one is saying that you have to trade today.

The move yesterday in the markets was somewhat surprising, but did not change the overall direction of the Dow or the S&P 500. In the case of the NASDAQ, yesterday's move did change things in terms of the Trade Triangles. The NASDAQ is officially on the sidelines based the new weekly green Trade Triangle. In regards to the other two major indices, everything remains the same, you should either be short or out of the market on the Dow and the S&P 500. END_OF_DOCUMENT_TOKEN_TO_BE_REPLACED