Hello traders everywhere. Netflix Inc. (NASDAQ:NFLX) is expected to release its third-quarter earnings shortly after the bell this afternoon. Netflix's stock hit a record high last week after analysts at Goldman Sachs predicted the company would post subscriber gains above expectations and raised their price outlook from $200 to $235, while JP Morgan's analyst raised their forecast to $225 from $210. 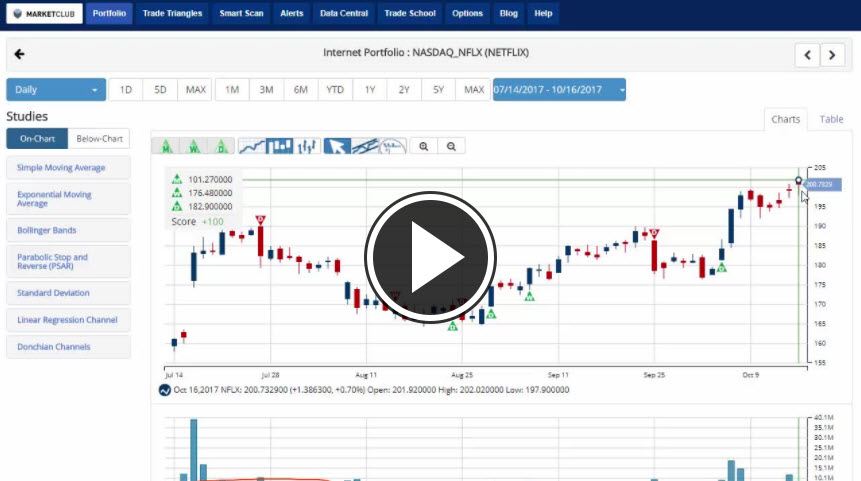 Shares traded above $200 for the first time Friday and continue to trade above that level today. Netflix Inc. (NASDAQ:NFLX) raised some of its prices earlier this month, including for its high-definition plan and 4K streaming plan. Despite the price increase, analysts believe subscribers will stick with the company and are bullish on its international growth.

President Trump has weighed in by saying that his fight with Senator Corker will not interfere or delay the passing of tax reform. I guess we'll have to wait and see. 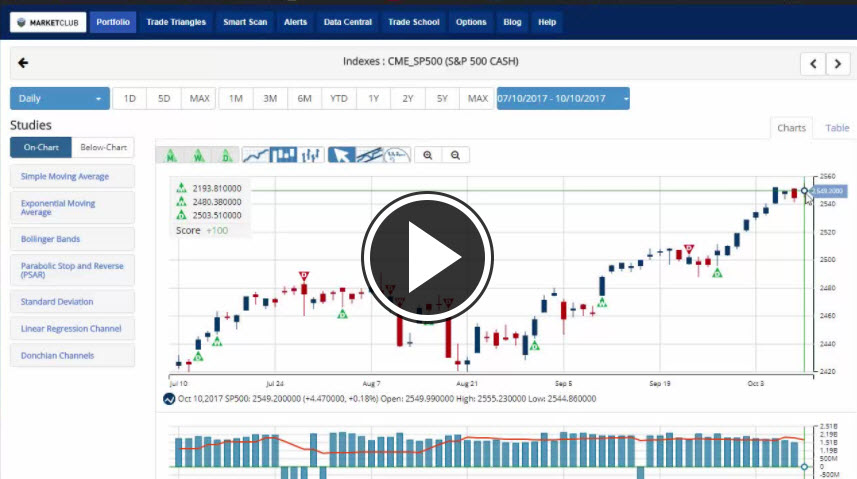 Oil and gold are both on the rise today as well. Oil is heading higher on news that the world's biggest crude exporters - Saudi Arabia and Russia - may extend or deepen supply cuts and have urged U.S. shale producers to join them.

Meanwhile, gold touched its highest price in nearly two weeks, supported by a softer dollar and geopolitical tensions in Spain and North Korea, though gains were capped by expectations of another U.S. interest rate increase.

Hello traders everywhere. The S&P 500 and the Nasdaq reversed course to hit new record highs after U.S. Secretary of State Rex Tillerson denied reports that he had considered resigning in a press conference this morning.

Tillerson spoke after reports that Vice President Mike Pence and other top officials intervened to persuade him not to resign during the summer as tensions rose with President Donald Trump.

"I have never considered leaving this post," said Tillerson. "I am here for as long as the President feels I can be useful to achieving his objectives." 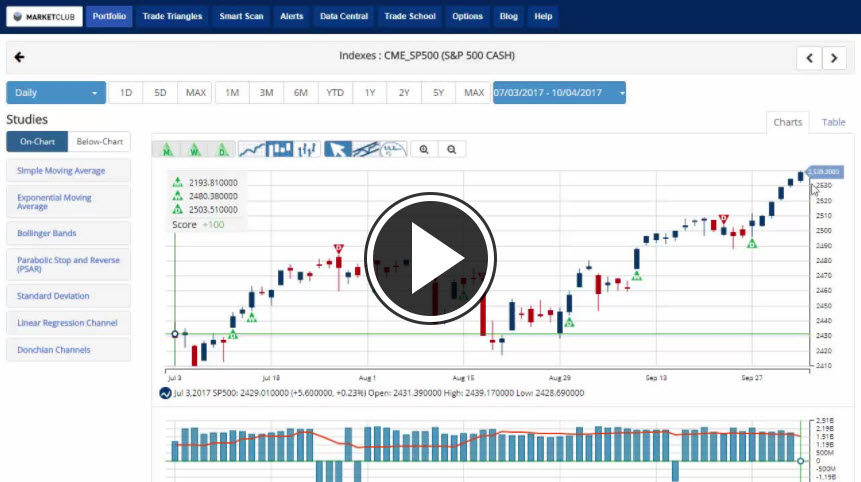 The markets seemed to have breathed a sigh of relief that Tillerson is staying in office after a drop in technology stocks had pulled down the S&P and the Nasdaq in early trading.

Meanwhile, data released this morning pointed to further strengthening of the economy. The ADP National Employment Report indicated that the private sector added a better-than-expected 135,000 jobs in September, even as Hurricane Harvey and Irma "significantly impacted smaller retailers."

The rest of the week is loaded with economic data, leading up to Friday's nonfarm payrolls report for September.

Hello traders everywhere. As we come to the end of the third quarter in 2017, let's take a look at where the markets stand heading into the fourth quarter.

The S&P 500 is on pace for quarterly gains of nearly 4% percent and its eighth straight quarter of gains dating back to October of 2015. 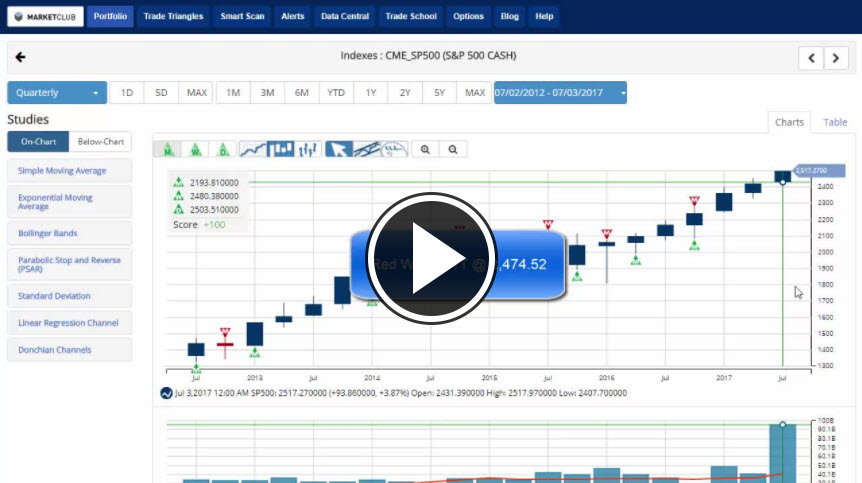 The NASDAQ composite is on it's way to quarterly gains of almost 6%, its fifth consecutive positive quarter since 2015.

Even with the recent gains over the last few days, the U.S. Dollar continues to weaken losing a little over 2% in the quarter.

Crude Oil is looking to close out the third quarter of 2017 with a stellar gain of 10% effectively wiping out the 10% loss in the second quarter of this year.

Gold is posting a quarterly gain of almost 3% following a modest loss of .8% last quarter.

Hello Traders everywhere. The U.S. dollar rose to a one-month high as Republicans rolled out their U.S. tax reform plan and after Yellen's speech on Tuesday.

Despite slowing inflation, Fed Chair Janet Yellen stated on Tuesday that she believes that the Federal Reserve needs to continue gradual rate hikes. Yellen delivered a speech in Cleveland to the National Association for Business Economics on Tuesday in which she stated, "that the Fed may have "misspecified" its models for inflation, and "misjudged" key facts like the underlying strength of the labor market and whether inflation expectations are as stable as they seem, and central bankers need to remain open to that possibility as they decide on policy".

Still, recent low inflation was likely a reflection of factors that would fade over time and despite uncertainties, it "would be imprudent to keep monetary policy on hold until inflation is back to 2%."

"Without further modest increases in the federal fund's rate over time, there is a risk that the labor market could eventually become overheated, potentially creating an inflationary problem down the road that might be difficult to overcome without triggering a recession," she said. 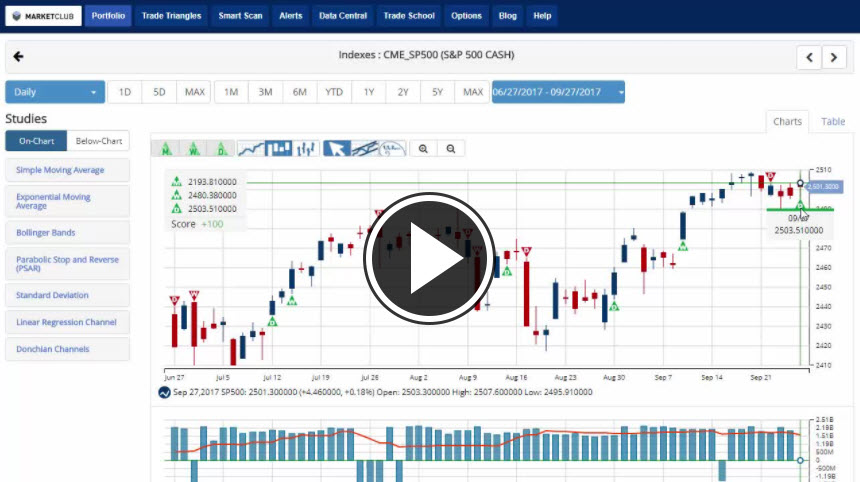