This past weekend I saw a great movie titled, The Imitation Game starring Benedict Cumberbatch and Keira Knightley, both of whom are nominated for Academy Awards, as is the movie itself.

The Imitation Game chronicles the life of Alan Turing, who is largely credited with developing the computers we use today. The story revolves around the incredible work that was done at Bletchley Park in England to break the German Enigma code. At the time, the Enigma code and machine were thought to be unbreakable. The breaking of this code helped shorten and end the war. Otherwise, I would be writing this post in German and not English (I was born in England right after WW2).

If you haven't seen the movie, I highly recommend seeing it and witnessing the extraordinary genius of a remarkable man named Alan Turing.

Why would I discuss and recommend a movie when MarketClub and INO.com are financial websites dealing with stocks and futures? The reason I bring this up is because I wanted to share with you some math today that can help you in the market.

Now don't worry this is not high-level mathematics, it has more to do with a remarkable sequence of numbers known as the Fibonacci sequence. END_OF_DOCUMENT_TOKEN_TO_BE_REPLACED

In today's short educational video, we're going to be examining the stock of Wal-Mart (NYSE:WMT). We will be using Fibonacci retracement, R.N. Elliott's wave principal, and the moving average convergence divergence, better known as the MACD indicator, to analyze Wal-Mart (NYSE:WMT).

The video runs about seven minutes and I think you'll find it very interesting on several different fronts. Putting all of these methods together in addition to our Trade Triangle technology produced some excellent results for this market. I also have a special bonus for you at the end of the video.

I hope you enjoy the video and more importantly learn how to use the technical tools mentioned so you can add them to your trading arsenal.

Every success in your trading! 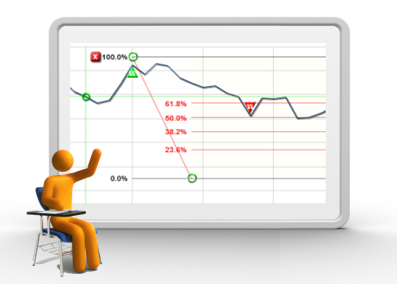 We have had a number of requests to do a video on Fibonacci retracements and how they can be used in trading.

I put together this five minute lesson on Fibonacci trading and how I use this important tool to determine turning points in the market. Like all tools, it has its flaws and should be used with other complementary tools like our "Trade Triangle" technology.

I hope you enjoy this brief lesson and it helps you understand how to use this important tool.

As always our videos are free to watch and there are no registration requirements. I hope you have the time to comment on our blog and tell us if this video helped you understand this important trading tool or how you're already using it.

All the best,
Adam Hewison
President of INO.com
Co-founder of MarketClub

How Did a Dead Mathematician Nail Two Major Markets Yesterday?

The markets I am referring to are the gold market and euro markets. Readers of this blog will know from our previous videos and examples that we are big fans of Fibonacci retracement lines.

In this super short video (1:49), I will show you the lines we are talking about for the above two markets. I think you'll find it very illuminating as this example is so fresh. You will also find it very empowering.

As always our videos are free to watch and there is no need to register. Please feel free to give your feedback and comments on this blog.