Hello traders everywhere. Stocks are trading higher after erasing slight losses from earlier in the session, as the Senate reached a deal that would resume full government operations.

The S&P 500 is hitting record highs, rising 0.5%, with energy and telecommunications as the best-performing sectors.

The NASDAQ is also hitting all-time highs, advancing 0.7%, with shares of Netflix Inc. (NASDAQ:NFLX) hitting a record ahead of their earnings today.

The Dow has gained over 70 points to establish a new intra-day record, with The Boeing Company (NYSE:BA) leading the way. 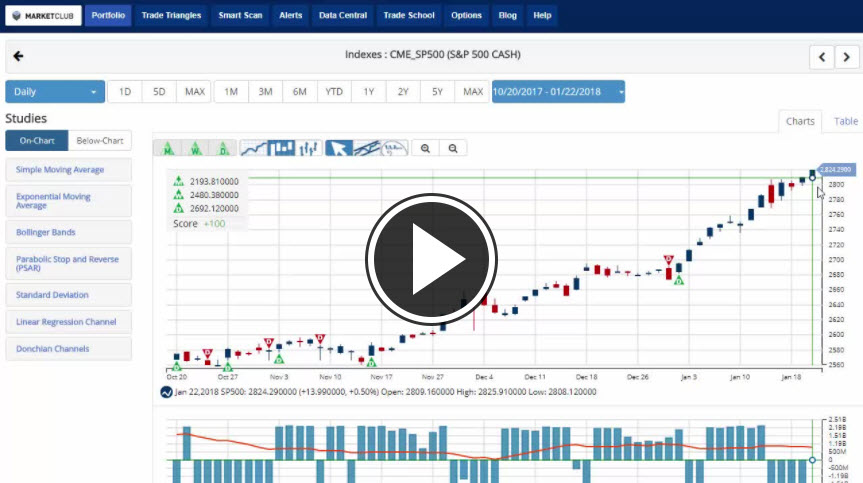 Members of the Senate are expected to advance a stopgap bill to keep the government open through Feb. 8. Democratic Sen. Mark Warner said the party has the assurance it needs on the budget and immigration issues.

On Saturday, the U.S. government shut down after a bill that would have kept the government funded through mid-February was voted against in the Senate. The shutdown continued for a third day on Monday after the Senate on Sunday failed to reach an agreement to break an impasse before the work week began in Washington.

Today I'm going to be looking into the Dow 30 Index. This index is home to some of the biggest and most valuable companies in the world.

Using our Trade Triangle technology, you can quickly see that out of the 30 stocks that make up this index, just three stocks remain in a bullish trend. Out of the remaining 27 stocks, 6 are in a trading range and 21 stocks are in downtrends. 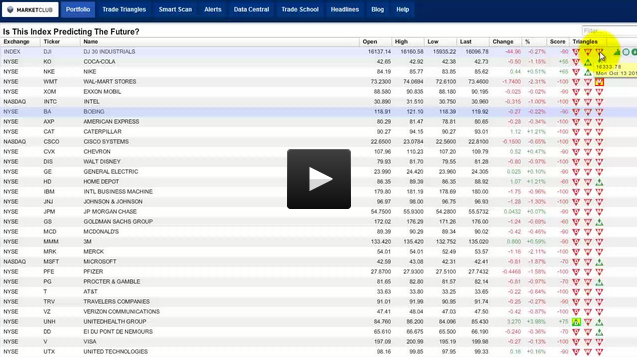 With two-thirds of the stocks in this important index in downtrends, this index is casting a shadow over the general economy.

The 3 stocks that remain in uptrends are rather mundane companies that have been around a long time.

Here are the 3 stocks that are still bullish and I will be looking at in today's video: END_OF_DOCUMENT_TOKEN_TO_BE_REPLACED