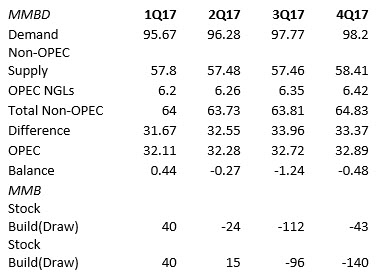 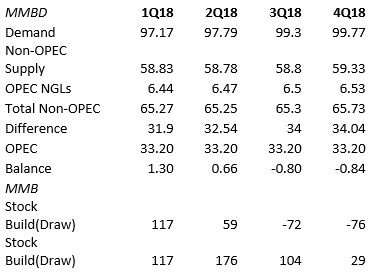 OPEC projections imply that global stocks will build much more quickly in the first half of 2018 than they did during the same period in 2017. And the stock draws in the second half of 2018 are expected to be smaller than they were in 2017. END_OF_DOCUMENT_TOKEN_TO_BE_REPLACED