In my first post this year I will show you how metals have been moving the last 5 years and which levels you should watch in 2016 to be ready for actions. More illustrations, fewer words are ahead.

Metals Performance For The Past 5 Years 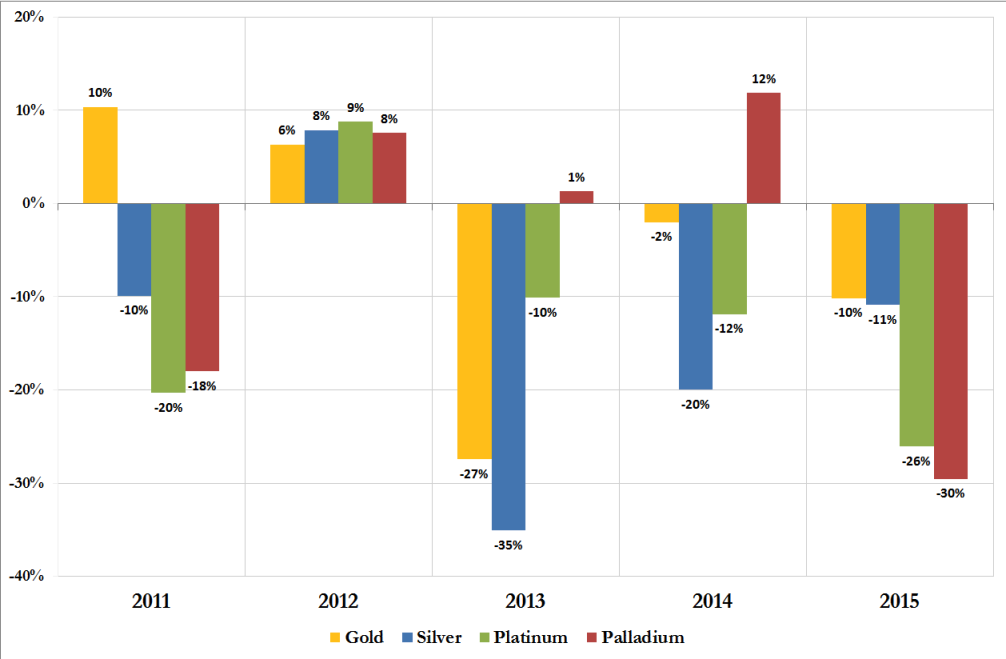 Out of the past 5 years the following two years are outstanding: in 2012 all metals were in green and showed from 6% to 9% positive dynamics, and last year was totally red with double-digit percentage negative dynamics.

2011, 2013 and 2014 were the years of “the last man left standing”: once it was Gold and twice it was Palladium that showed a positive performance. If you take a closer look, you will find that Gold is the best performer among this pack of losers with a cumulative loss of .25 during 2011-2015. Palladium ranked second with -30%, Platinum is third with -49% and the top loser is Silver, which has lost more than half with -55%. It is very interesting that Silver has fallen behind the industrial metals and lost too much to the Gold. Watch closely after the Gold/Silver ratio to see when the game will change as the top loser can outperform the leader. 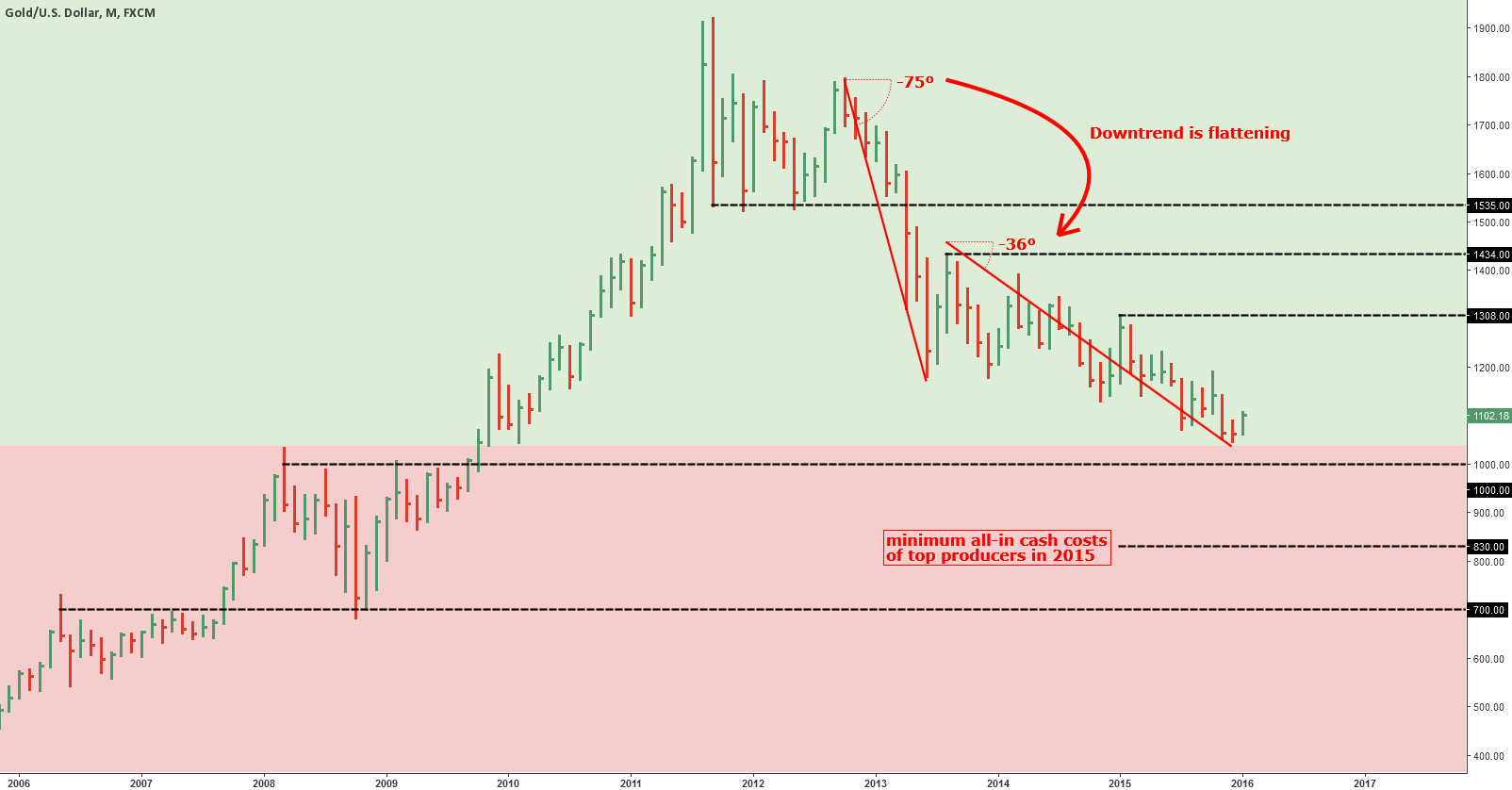 Current trend: Down, weakening as angle is more than double flat 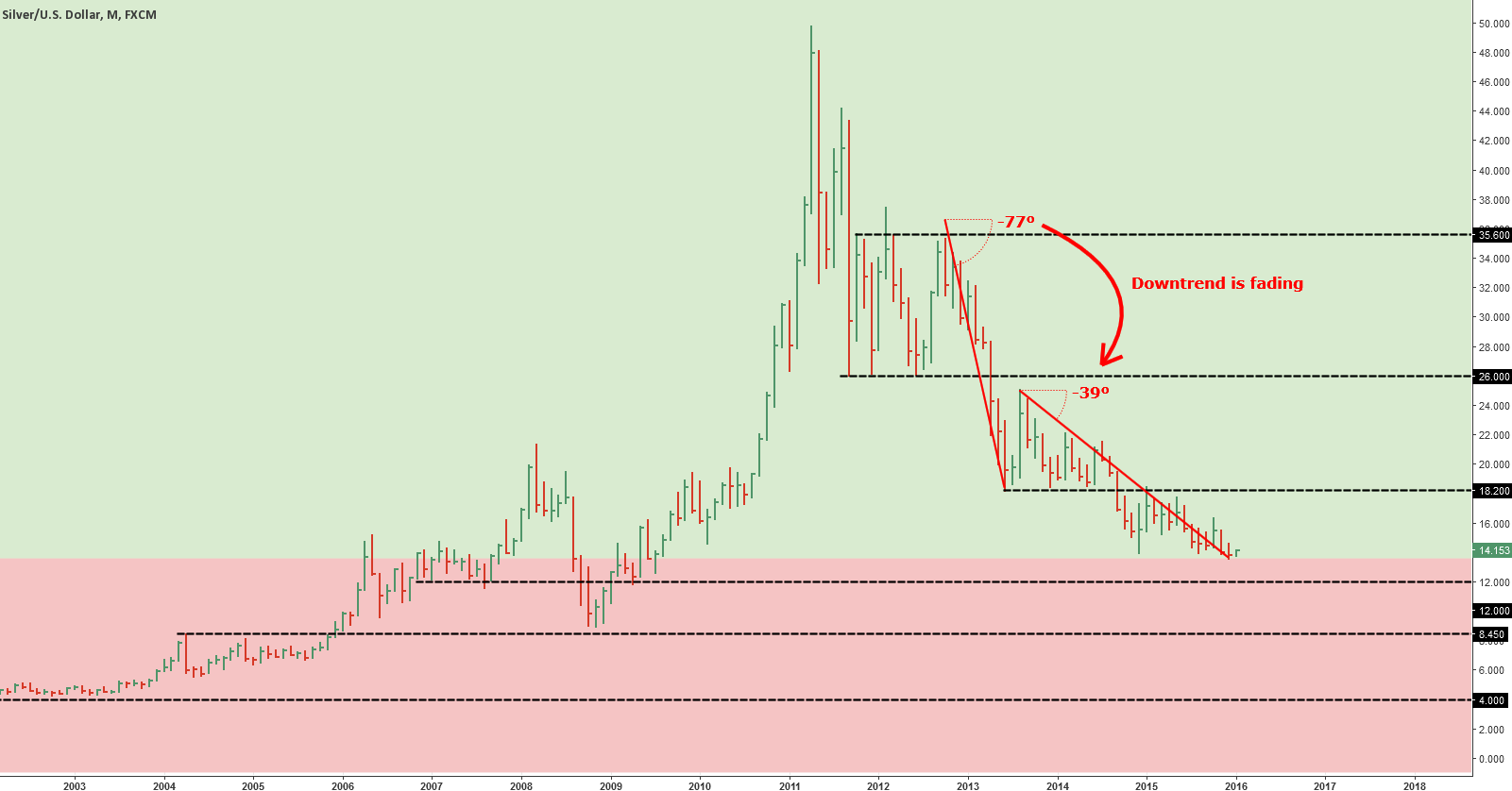 Current trend: Down, fading as angle is almost double flat 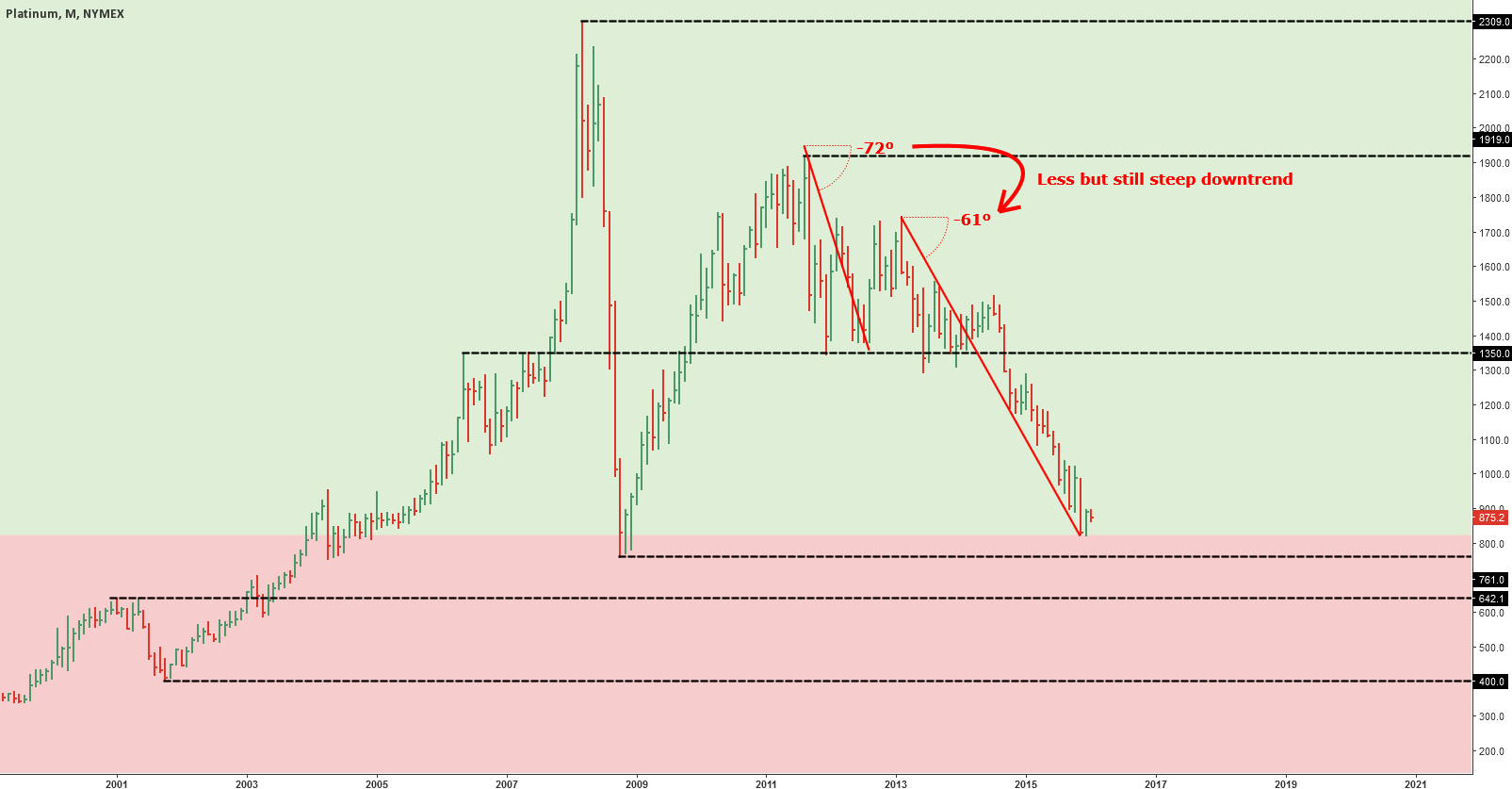 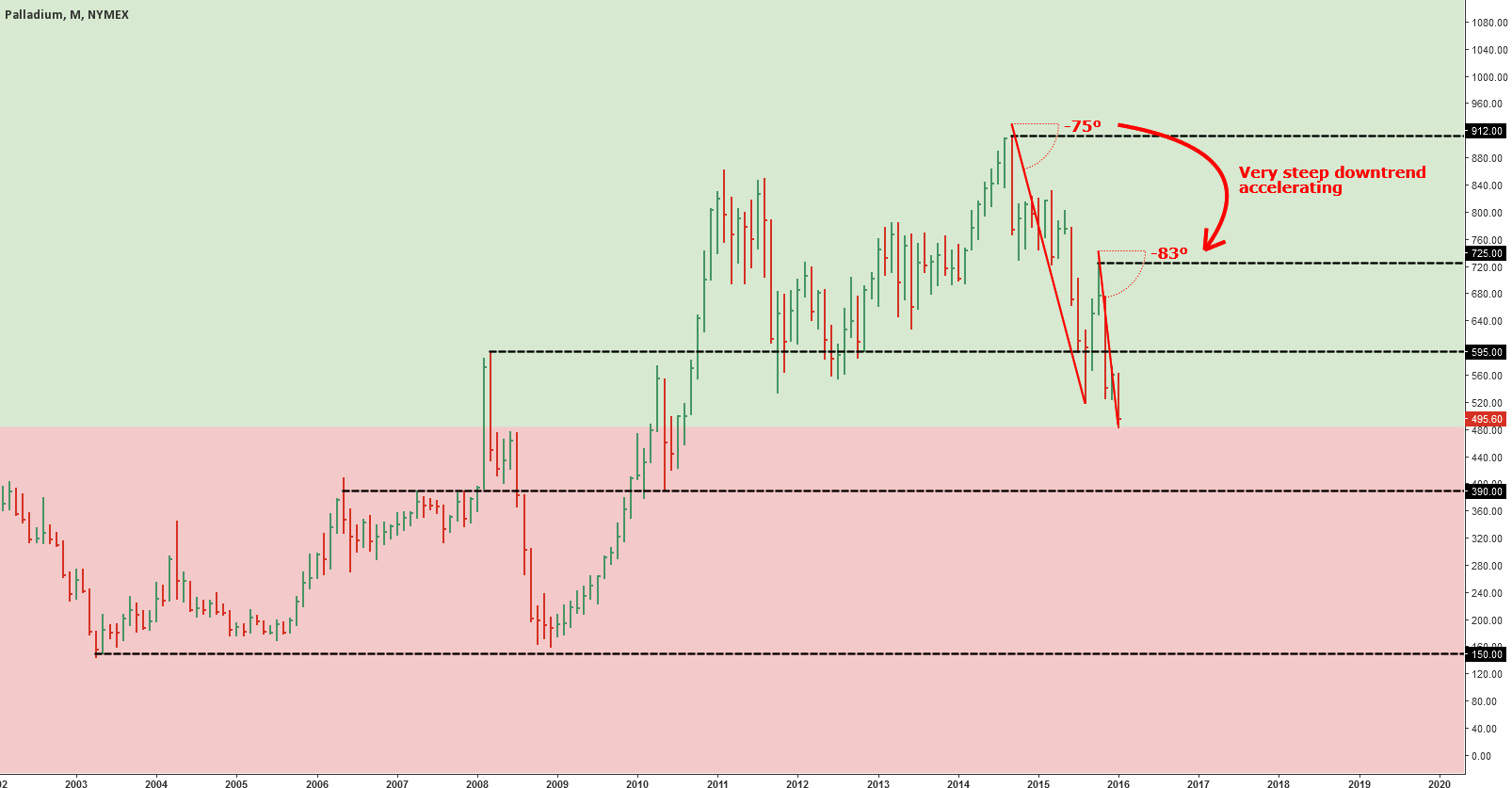 Current trend: Very steep down, accelerating as sharper angle is in place

2 thoughts on “Metals Illustrated: Past And Future”