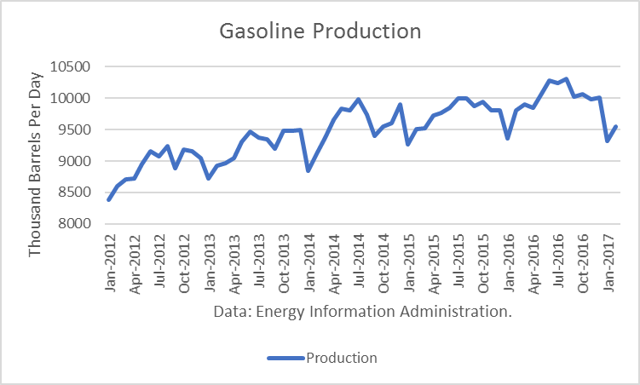 But in the year-to-date, gasoline demand has been 2.9% lower than over the same weeks in 2016. Retail gasoline prices dropped to low levels in the first quarter of 2016, when crude oil prices were bottoming, and that created a surge in demand that was not repeated in 2017. 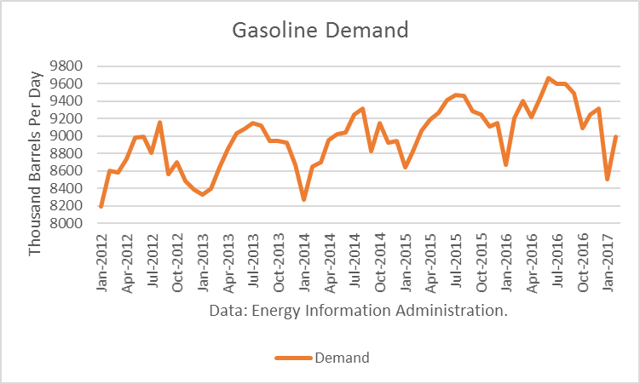 Factors limiting demand growth are demographic. The percentage of older adults is rising. Retired adults do not commute daily to work. And they tend to stay home due to health and age reasons.

Young adults are driving less than previous generations. More are working from computers at home. They also use social media for connecting with friends and for entertainment. They are also moving to urban areas where gasoline use is lower. 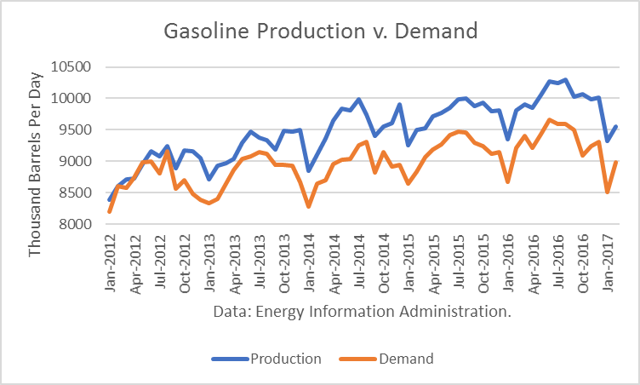 As a result of the higher growth in production v. demand, a surplus has opened up. Production has been exceeding domestic demand.

U.S. refiners have therefore become net exporters of gasoline. But the difference between production and demand has exceeded net exports in many months, resulting in stock builds. 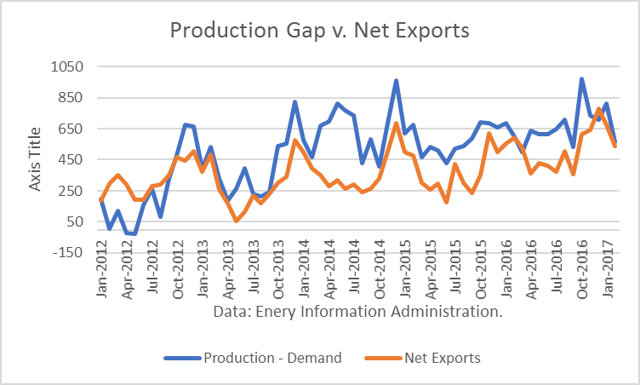 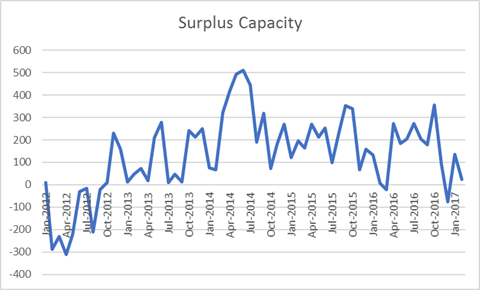 Note: The Surplus Capacity is the production gap minus net exports

This surplus capacity is likely to limit gasoline margins from expanding much even if there are drawdowns in gas stocks, as was the case in the first part of this year. Instead, gasoline stocks are unlikely to drop even during the peak demand months. In fact, they may rise because gasoline exports generally drop during the summer months. 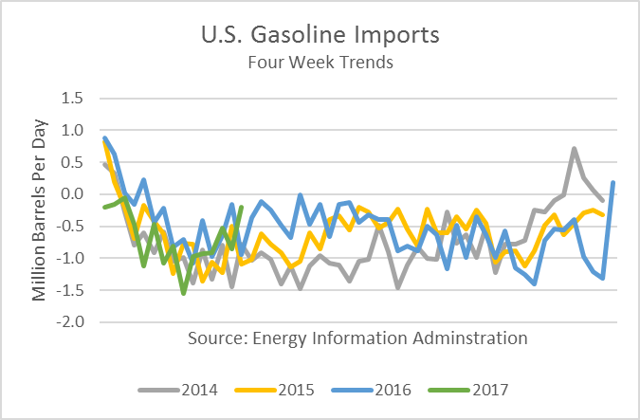 For the week ending June 2, 2017, gasoline production averaged 9.834 million barrels per day (mmbd), while demand averaged 9.317 mmbd. There were net imports of 215,000 b/d. Together, these figures supported the stock build.

The summer driving season has traditionally provided support for both gasoline and crude oil prices. But as was the case last summer, a surplus is more likely to undercut prices. This is another factor, together with rising crude production in the U.S., Nigeria, and Libya, that is likely to undermine oil prices in the weeks ahead. Do not be surprised to see additional gasoline stock builds during the driving season.

One thought on “Why The U.S. Gasoline Stock Build Was Not Surprising”