Please look at the chart below, all in all, the invincible metal has scored 29% and hit the top of the chart again in the second place. The lumber futures are also in green as it gained 13%, but it was not enough to beat the palladium. The latter kept resistant to the Pendulum effect this time. END_OF_DOCUMENT_TOKEN_TO_BE_REPLACED 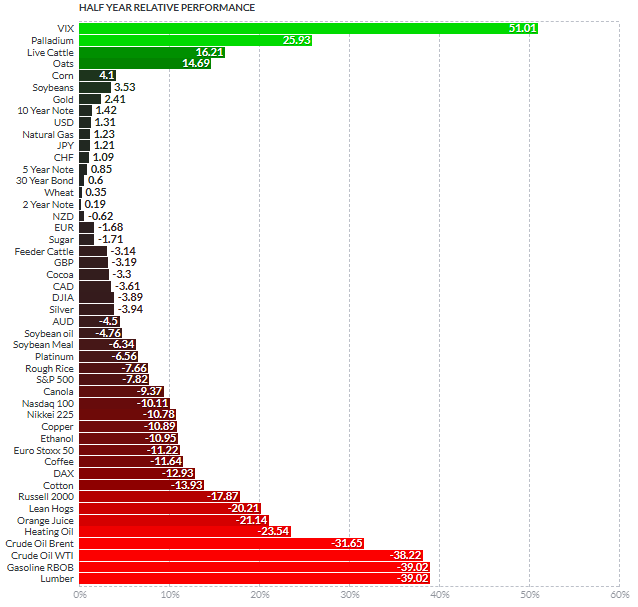 As we can see from this half-year, performance chart sugar couldn’t beat the VIX, which dominated the futures market by a huge margin throughout 2018. One can think that the experiment failed this time, but in my opinion, we have the wrong selection of one input. I am talking about the VIX. The thing is that the underlying asset of these futures is not a commodity, but the “Fear index” or the indicator of the risk approach. END_OF_DOCUMENT_TOKEN_TO_BE_REPLACED