I would have to say there's a certain element of truth in the fundamentals, the technicals, and perception. But to me, the greatest market indicator in the world is the market itself. You can't argue with the market and win.

In today's example, I'm going to look at crude oil futures (NYMEX:CL.V14.E). I think this is an excellent example of how potential fundamental elements did not play out. When crude oil was trading over $100 a barrel, many were calling for it to go significantly higher based on the turmoil in the Middle East and also what was happening in the Ukraine.

Well, the exact opposite occurred as oil tumbled lower month after month. Now you could stick to your guns and say to yourself that fundamentally I think crude oil is going higher. If you had adopted that strategy no matter how logical it may seem to you at the time, you'd be sitting on a tremendous loss at this present time.

Holding onto losses is not the way to trade in any market, whether it's stocks, futures, foreign exchange, ETFs or precious metals. The name of the game is making money - less we all forget.

The market may fool you every once in a while, but what program or approach doesn't do that? But overall, the market gets it right every time as it is a total of everyone's knowledge. When you have so many brains working for you around the world, how could you not pay attention to what the market is actually doing?

So let's take a look at the October crude oil contract (NYMEX:CL.V14.E) to see how MarketClub's Trade Triangle technology handled the 10% drop over the last few months. 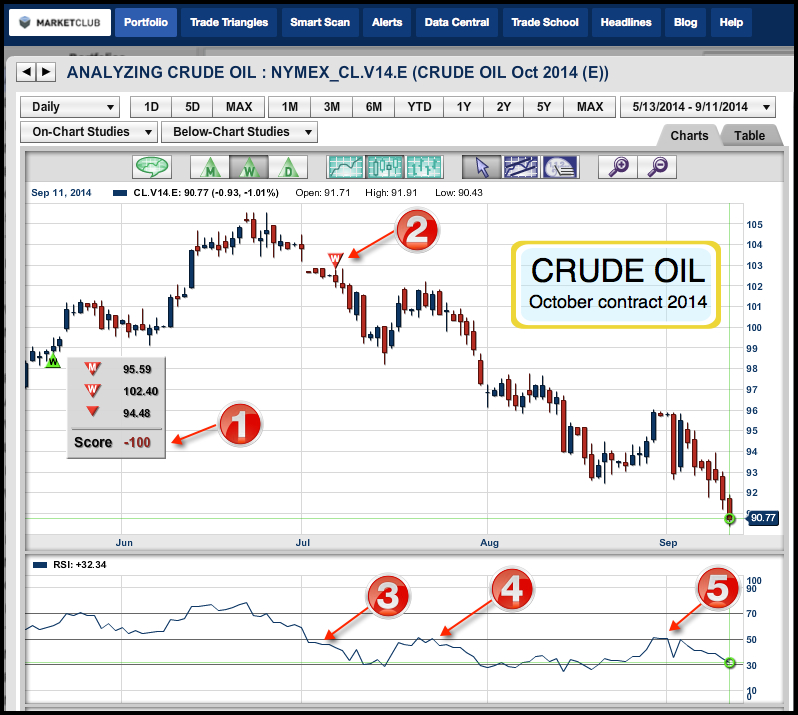 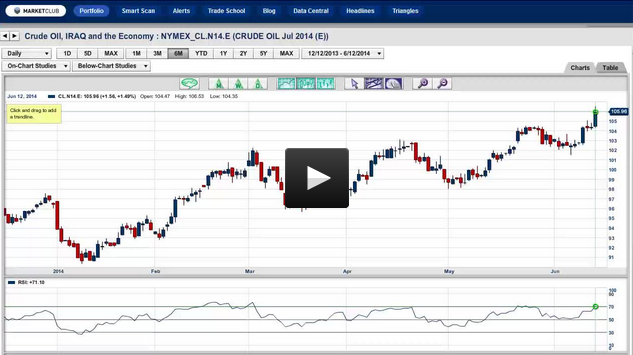 I have been positive on crude oil (NYMEX:CL.N14.E) since May 19th at the $101.98 level (currently trading at $106.98). This market has the potential to continue in a very positive manner and move substantially higher, possibly to the $120 to $125 a barrel area. END_OF_DOCUMENT_TOKEN_TO_BE_REPLACED

Each Week Longleaftrading.com will be providing us a chart of the week as analyzed by a member of their team. We hope that you enjoy and learn from this new feature.

As the week starts, our attention turns to the June Crude Oil futures (NYMEX:CL.M14.E). After gaining nearly $7/barrel in less than a month, the market has recently consolidated around $103.50/barrel as it begins to decide which direction it will take. It appears that some of the recent slowing of the market is due to profit-taking, as the recent sharp up-trend may have gained too much too soon. There are a number of fundamental factors at play in the market, many of which seem to work in contrast with each other: support from Russia-Ukraine uncertainty, resistance from ample supply concerns, and improved demand prospects following solid US Economic data last week. With a number of different fundamental factors in play – and uncertainty over which fundamental factor the market will focus on moving forward – I will focus on the technical aspects of the market for a potential trading opportunity. 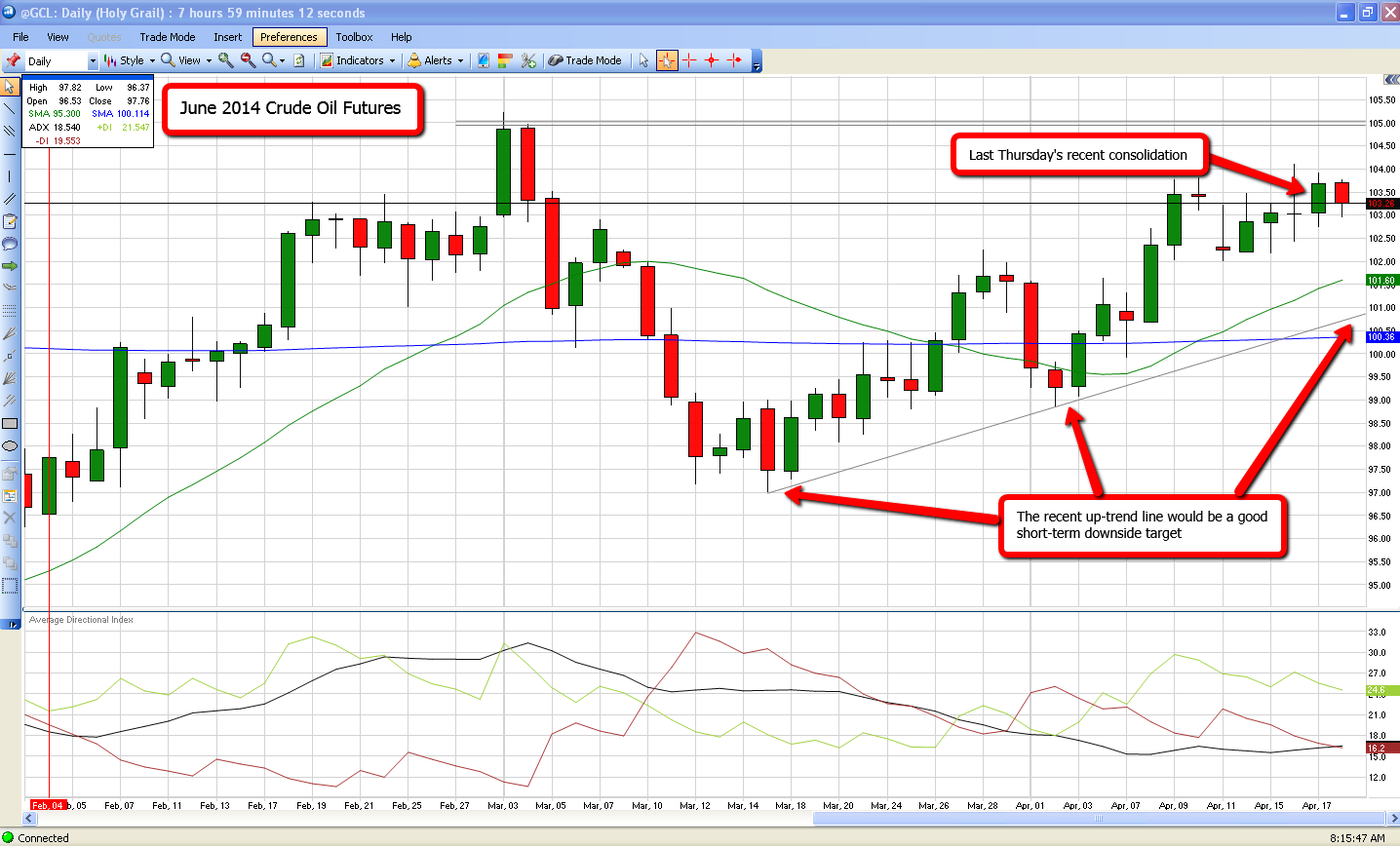 Thursday’s range last week was consolidated within the previous day’s range and a move above or below that range should give us good direction to go off of. END_OF_DOCUMENT_TOKEN_TO_BE_REPLACED

By: Scott Andrews of Master The Gap

Trading is full of counter-intuitive ironies.  Some of my favorites include:

"the best time to buy is when everyone else is selling"

"you can not make money, without risking money"

"to make more, you need to trade less"

"you CAN go broke taking profits (too early)"

And here's a lesser known one: END_OF_DOCUMENT_TOKEN_TO_BE_REPLACED

Hello traders everywhere, Adam Hewison here coming to you from the digital studios of MarketClub. Today I want to share with you how you can trade in the crude oil markets using MarketClub's Trade Triangle technology for timing.

It's a short lesson that visually illustrates how and when you should use this successful timing technique.

Put the power of the Trade Triangles to work for you

Every success and thanks for watching the video.