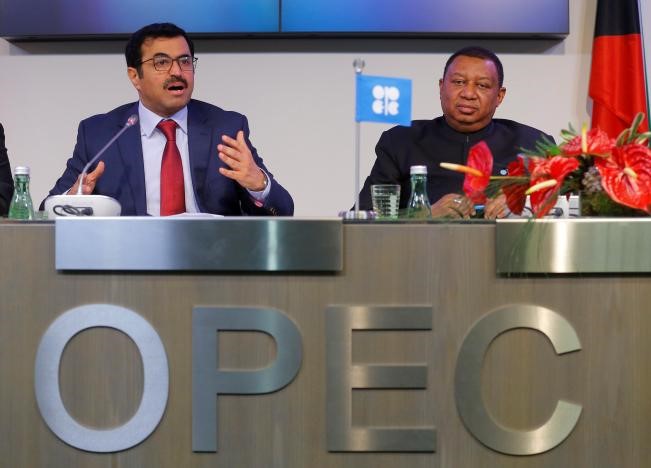 It did so by announcing “adjustments” to a “reference” case as follows. Three countries were not assigned cuts: Indonesia, which suspended its membership, and Libya and Nigeria, which are in the process of restoring their output from disruptions. END_OF_DOCUMENT_TOKEN_TO_BE_REPLACED

OPEC agreed in Algeria to limit future oil production. This represents a major shift in the policy announced in November 2014 to compete for market share through lower prices.

The OPEC communique stated the group will retain output to a "target range of 32.5 to 33.0 million barrels per day" (mmbd). In the latest OPEC Monthly Oil Market Report (MOMR), OPEC reported that production average 33.4 mmbd in September. While that is not far above the target range, there are other problems looming on the horizon; several countries—Nigeria, Iran, Iraq, and Libya—all want to restore their output to levels they were at before their supplies were disrupted, and that could push OPEC’s output up to nearly 35 mmbd if they succeed.

Saudi Energy Minister Khalid Al-Falih reversed KSA’s position from last April when it would not freeze output without Iran’s agreement to do the same. Instead, he said, Iran, Nigeria and Libya would be allowed to produce "at maximum levels that make sense as part of any output limits which could be set as early as the next OPEC meeting in November."

My interpretation is that Saudi Arabia and the smaller Gulf producers are therefore going to have to absorb the cuts if they intend to achieve the target. END_OF_DOCUMENT_TOKEN_TO_BE_REPLACED