Options can provide an alternative approach to the traditional buy and hold for the long-term strategy. Options can add value to one’s portfolio in a variety of ways, specifically, maintaining liquidity via maintaining cash to engage in covered put options, initiating positions via being assigned shares strategically prior to or upon expiration of the option contract and capturing premium income via closing out the contract prior to expiration as the shares move in your favor to realize income. Here, I’ll discuss these three different scenarios and strategies behind each one with real life examples.

Maintaining liquidity is integral to any portfolio as cash can be deployed in opportunistic scenarios to capitalize on sell-offs or adding to a long position that has corrected to lower cost basis. Covered puts can be implemented as a means to leverage cash on hand to sell contracts that are covered by cash. This cash would be deployed in an effort to maintain this cash balance yet be put to work via an option contract. This cash reserve can be utilized for selling covered puts thus not purchasing the underlying security with the end goal of never being assigned shares and netting premium income in the process. Once the contract expires, the covered cash allocated to the contract will be freed in addition to the cash that was realized from the option premium at expiration. This scenario will allow cash reserves to be maintained while adding cash via covered put contracts. END_OF_DOCUMENT_TOKEN_TO_BE_REPLACED

Today, I'm going to be looking at the financial sector to see which of the banking stocks look the strongest. 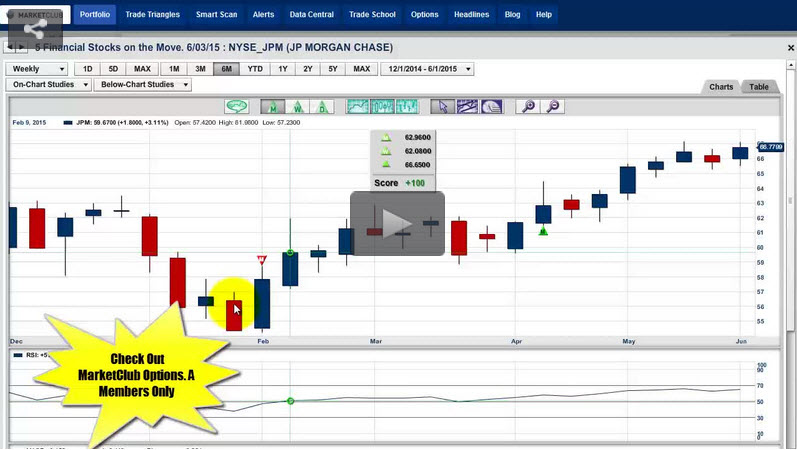 Here is a list of the five stocks I will be analyzing: END_OF_DOCUMENT_TOKEN_TO_BE_REPLACED

Today the Justice Department announced that it was levying fines against some of the world's major banks for rigging the foreign-exchange markets. The fines announced totaled $2.8 billion. Yes, I know that's a lot of money, but the reality is it's just the cost of doing business for these banks. 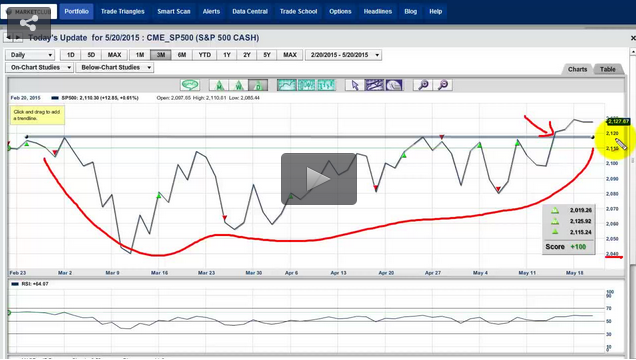 If the Justice Department really wants to get serious on this issue I think they should put some of these bankers in jail, that's what they fear the most - not the money fines. Jail time is the answer to stamping out the illegal activity and white collar crime.

Meanwhile, Citigroup Inc. (NYSE:C), a stock I discussed last week as a buy, is practically unchanged for the day and remains higher for the week. The fines levied by the Justice Department against the banks were like water off a duck's back.

In today's video, I'm going to be looking at all the major markets including the three major indices. I will also be looking at gold, crude oil and the euro and time permitting, one or two stocks.

Tell us what you think, do you think that these bankers should go to jail or was the fine large enough to satisfy everyone?

Have a great day treating everyone.

Before I get into the six stocks and talk about them let's quickly discuss what's happening right now. The big news, of course, is the Alibaba IPO, here is what I do with IPO's. Unless you're lucky enough to get some of the initial stock the best thing to do is just to watch for a while and see how everything pans out. Just remember that perception is a strong driver of stock trends.

The other big news is the fact that Larry Ellison is stepping down from Oracle. Mr. Allison's exit from Oracle brings about a complete change in Silicon Valley. We no longer have Steve Jobs at Apple, Bill Gates at Microsoft. We're going to see some interesting transitions in all of these companies.

As far as Oracle Corporation (NYSE:ORCL) is concerned. The Trade Triangles are now all red indicating a lower trend and prices for Oracle. 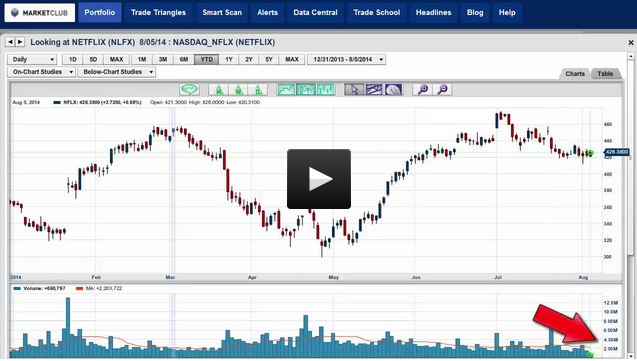 Here are the six stocks that I'm covering today: END_OF_DOCUMENT_TOKEN_TO_BE_REPLACED

My grandmother, a schoolteacher, was widowed at a relatively early age. She inherited a relatively small nest egg my grandfather, a rabbi, had built that included a couple of municipal bonds and 90 shares of stock in a small local bank started by a handful of his congregants.

At the time of her death 40 years later, the bank had grown into one of the largest regional players in the business. Those 90 shares had grown through mergers, splits and stock dividends to over 12,000 shares, with a value of close to $300,000. Not a fortune -- but not too shabby.

Was she some kind of investing genius? She was a smart cookie, but no. She held the stock for what seemed like forever. She banked there forever. She knew the business inside and out. She liked the 5% rain or shine dividend.